The Head and The Heart - WXPN

The Head and The Heart - WXPN

The Head and The Heart 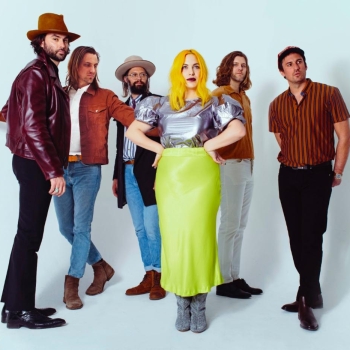 Who They Are: Modern rock / indie folk five-piece The Head and the Heart makes music to forge connections and harness feelings. Though singer-guitarist Jonathan Russell takes the role of lead vocalist and de facto frontperson, he and his bandmates  — Charity Rose Thielen on violin and vocals, Chris Zasche on bass, Kenny Hensley on piano, and Tyler Williams on drums — are all songwriters who first connected in their hometown’s open mic circuit, and continue to split credits among the whole ensemble. After debuting with two well-recieved self-produced albums on Sub Pop Records, the band took a step up to the big leagues for the 2016 Warner Brothers release of Signs of Light, produced by Jay Joyce. The band’s songs cover broad topics — friendship and fidelity, as well as loss and grief — as well as very specific ones — like the gun violence themed “Another Story” — but whatever the approach, The Head and the Heart makes music that’s instantly relatable and often full of warmth and comfort.