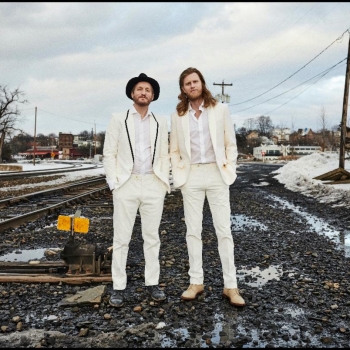 Where They’re From: Denver, CO

Who They Are: Their open-hearted melodies, simple but raw lyrics, and rousing acoustic folk have earned them comparisons to Mumford and Sons, The Civil Wars, and The Avett Brothers. But The Lumineers have a way of embedding fiery emotion into their music that’s all their own. The group itself arose out of the ashes of tragedy (the early death of a brother and friend) and became a vehicle for introspection and catharsis. The result – rollicking, incandescent, and self-reflective – is built on a base of classical training and roots rock experience. The Lumineers’ self-titled debut was a successful breakout, given the strength of “Ho Hey”, the bluesgrass/country single that requires foot-stomping. The band followed it up with a stunning run of albums, including 2016’s Cleopatra and 2019’s III. Frontperson Wesley Schultz also releases solo records, like 2020’s Vignettes. The band played XPoNential Music Festival in 2012 and 2013.