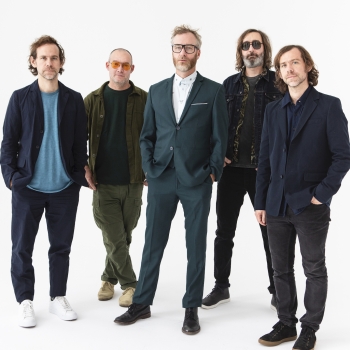 Where They’re From: Cincinnati, OH

Who They Are: The National are a rock band famous for their anthemic sound and front person Matt Berninger’s baritone voice. 2007’s Boxer was thrust into the mainstream after receiving overwhelming support from music blogs, and the albums that followed set the band on track to win a Grammy…which eventually happened in 2017 when Sleep Well Beast won the award for Best Alternative Music Album. Aaron Dessner, founding member and guitar player for The National, is also a successful producer, and has collaborated with artists from Local Natives and The Lone Bellow to Taylor Swift.