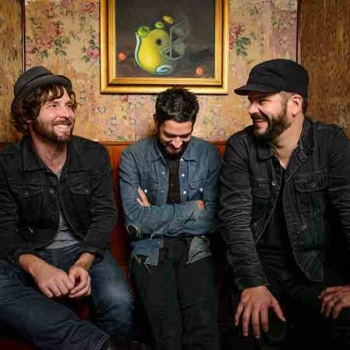 Who They Are: Based in LA, The Record Company is a guitar-bass-drums trio with influences like the Rolling Stones and the Stooges as well as classic bluesmen like John Lee Hooker. Since forming in 2011, they have become known for their raw, honest blues sound. The Record Company features vocalist-guitarist Chris Vos, drummer Marc Cazorla, and bassist Alex Stiff. Stiff gives the band local roots, originally hailing from Wayne, PA. After meeting in California, the musicians began to perform, write and record together in early 2012. Their powerful live shows quickly gained popularity across North America as they toured, playing festivals and opening for acts including B.B. King, Trombone Shorty and Grace Potter. The band was a WXPN Artist to Watch in March of 2016, and has played the XPoNential Music Festival multiple times.