The War on Drugs - WXPN

The War on Drugs - WXPN

The War on Drugs 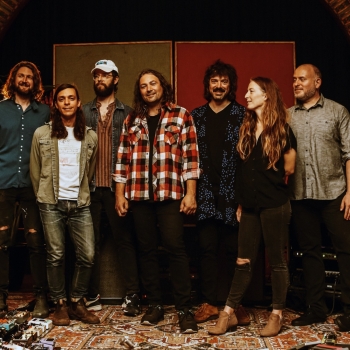 Who They Are: The creative vision of singer-guitarist and songwriter Adam Granduciel, The War on Drugs sprung from dusty Philly recording spaces and tiny stages at spots like Kung Fu Necktie, catapulting to headline some of the grandest venues in the world. Collaborating closely with good friend Kurt Vile in the band’s early days, Granduciel and longtime rhythm section of drummer Charlie Hall and bassist Dave Hartley over time amassed a roster of top-notch players to join them on their journey. Their songs channel the experimental spirit of artists like NEU! and Suicide and marry it with the Grateful Dead’s sense of relatable human emotion and universal connectivity. The band has played the XPoNential Music Festival numerous times, going all the way back to its debut in 2008, and though they’re geographically spread out these days, the Drugs continue to show their hometown plenty of love — like the time they played Connor Barwin’s legendary Make The World Better benefit concert in 2017.