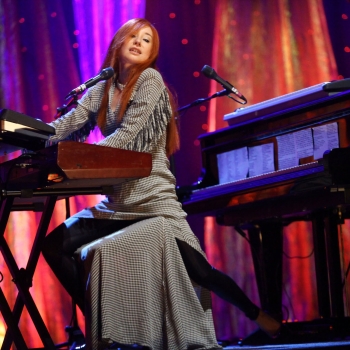 Where They’re From: Newton, NC

Who They Are: Nobody makes a piano rock as hard as Tori Amos. The singer-songwriter icon comes from a classically trained conservatory background but sought to fuse those chops with the heavy energy of Led Zeppelin, the atmospheric mystique of 80s pop, and the wide-reaching appeal of The Beatles. After fronting the short-lived band Y Kant Tori Read, her solo debut Little Earthquakes was a breakout success of highly candid, confessional songwriting; her ever shape-shifting discography continues to explore themes feminist, sociological, mythological and beyond, and her unpredictable live shows can be anything from a solo performance behind a grand piano or a amped-up set backed by a rock band.