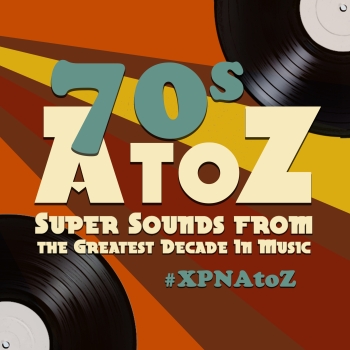 After 2016’s WXPN A to Z, the programming department realized that – by and large – the XPN A to Z was a heck of a lot of fun, and, by and large, the XPN community loved it. We slept on the idea of doing it again, yet decided that it was too much musical fun to NOT do it again, this time with an emphasis on the GREATEST DECADE IN MUSIC.

This lead us to 2017’s take on the XPN A to Z, an alphabetical romp through music’s wildest decade, the 70s. It had the Rock, the Punk, the R&B;/Blues & Soul, the Prog-Rock, the Folk, the Country, the New Wave, the Jazz, and the Disco.