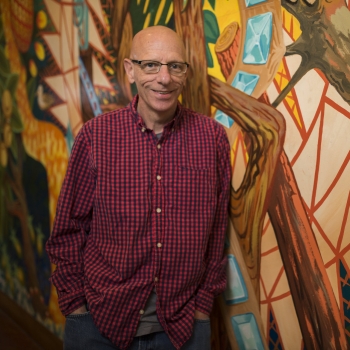 During my first shift as a late-night/overnight volunteer DJ on WXPN some 30+ years ago, I realized after playing my first set of music (an Ornette Coleman song into Jerry Garcia) what I wanted to do for the rest of my life – be in radio.

I got my undergraduate degree at Temple and after working for a few years at a number of jobs (an elementary school teacher, a restaurant worker, a music journalist, and music zine editor), I found my way into the radio biz, which was my calling. Thankfully, I’ve not looked back since my first night on the air on WXPN.

I was born and raised in Northeast Philly. Part of being raised here was being exposed to the great music radio stations of the times – WFIL, WIBG, WDAS, and WMMR. Yes, I was one of those kids who always had the radio on, listening to great DJs and songs blasting from the airwaves. My connection to radio and music was always in my DNA, and ultimately it led me to WXPN.

I was a volunteer for a couple of years at WXPN before I got my first full-time job here, and I learned a lot – not just in the programming department, but in membership, marketing, as well as technology and production. I was honored to be a part of the team that started World Cafe and since then, my love of music discovery and sharing it with the audience has been the “thing that gets me up in the morning.” Most days, it doesn’t even feel like a job.