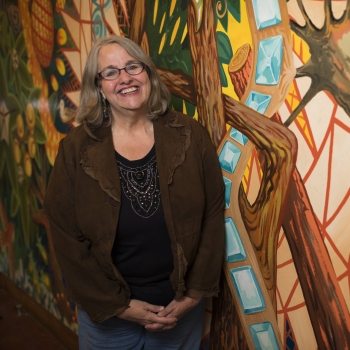 I was born in New York City in the shortest coldest month. My parents moved us to Long Island when I was 4, and I spent all my time clawing my way back to the city.

My first concerts were DJ Murray the K’s shows at New York’s Brooklyn Fox Theatre, thanks to the Long Island Railroad and parents who let me go. I saw the Beatles at Shea Stadium in 1965, screaming through the whole thing because I could hear the music on records if I wanted. What I remember was the community experience of screaming.

When I learned Soupy Sales had live audiences for his TV shows, I never looked back as that became my next community.

I learned the art of live radio at WBAI, along with the power of radio to build a community. Following a brief sojourn into California commercial radio, I was an engineer at WNYC (NY Public Radio) when the hosts of the kids’ show walked off. I filled in and got the job. A lifetime raised on Spike Jones, Allan Sherman, and (mostly) Soupy Sales paid off as I shared them with new generations.

In 1987, WXPN carried what had become my national daily call-in show for kids (Kids America), which was immediately canceled. Fearing unemployment, I accepted an offer to do a kid’s show by myself on WXPN. “Sure!” said I, “I’ll give Philly a year!” January 4, 1988 Kids Corner was born.

The true magic of radio lies in building a welcoming yet unique community. WXPN brings diverse musical communities together into its own life force.