This Month's Shaking Through Episode: Filthybird's "I'd Like To Know" - WXPN 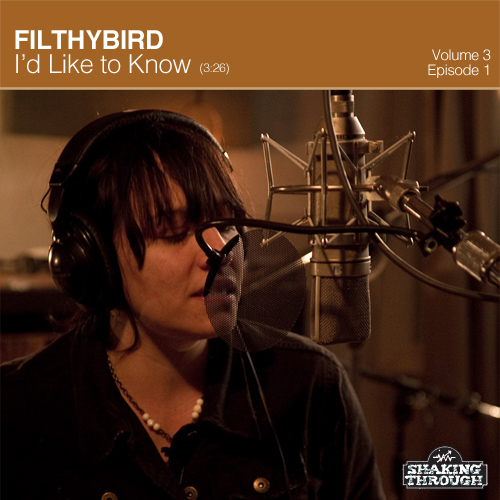 This Month’s Shaking Through Episode: Filthybird’s “I’d Like To Know”

This month’s episode of Shaking Through—the online audio and video collaboration between Weathervane Music and WXPN—features a song by Filthybird called “I’d Like To Know.” The Hillsborough, NC-based indie-folk quartet released its debut LP, Songs For Other People, in October 2010, and, most recently, a split single with Small Ponds in November 2011 (both of which you can listen to and download via Bandcamp). This month’s episode was recorded at Miner Street Recordings in November 2011, produced by Brian McTear, engineered and mixed by Jonathan Low, and guest curated by Grayson Currin of Independent Weekly.

From the folks at Shaking Through:

There is a charming set of influences at Filthybird’s core. The magic of these North Carolina natives starts with Renee Mendoza’s voice, at once scratchy and heartfelt, it swoops and swerves through her graceful songs. Next, add Husband and Luthier Brian Haran, who’s thoughtful, textured guitars and arrangements are played through guitars and amps he’s built himself. Fill it out with engaging rhythm players and you’ll find a band that knows how to play to its strengths in engaging and unexpected ways.

You can listen to the track and watch the video below; visit Shaking Through’s newly redesigned website to see photos, interviews, and more from the session.

Shaking Through: Filthybird from Weathervane Music on Vimeo.