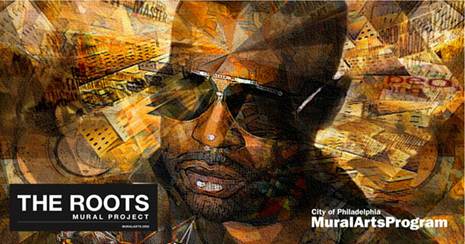 The Roots have opened up another chance for Philadelphians to grab a paintbrush and help put their mark on the cityscape. This Saturday from 1 PM to 3 PM, the ongoing Roots MuralArts project at the World Communications Charter School (512 S. Broad Street) will be unveiled for the first time for the public to view. The mural, which is expected to be completed and dedicated sometime in 2013, has been called MuralArts’ “most ambitious” endeavor yet, so it’s an exciting opportunity for city-dwellers to become part of one of the city’s three thousand murals. As an added bonus, participants will be treated to performances from Chill Moody and Dice Raw; ?uestlove and Black Thought will also make appearances at the unveiling. Don’t miss this chance to let your color-by-number skills become part of Philadelphia’s history!