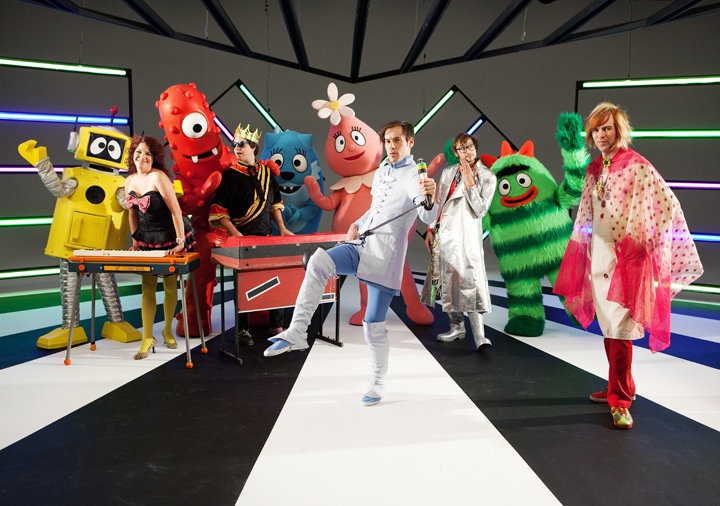 Of Montreal hanging with the Yo Gabba Gabba crew

You can now stream Of Montreal‘s “Dumb Acre” as well as a variety of other unreleased tracks from the band’s Kickstarter page for their forthcoming documentary, Song Dynasties (go here to donate – there’s still two weeks left!). In exchange for donations, the band is circulating previously unreleased singles, including some of their oldest material. You can catch Of Montreal playing with Foxygen and French Horn Rebellion at The Trocadero December 13th. Tickets and information can be found on our concert calendar here. In the meantime, listen to Kevin Barnes get extra hippie on the love-struck “Dumb Acre” below.