What Are YOU Doing New Year's Eve? - WXPN

What Are YOU Doing New Year’s Eve?
News

What Are YOU Doing New Year’s Eve?

With 2012 wrapping to a close, there aren’t many more questions that have to be answered this year. One that you should definitely think about, though, is which concert you will be attending on New Year’s Eve. The two-night stand at Johnny Brenda’s from Philly’s The War on Drugs is sold out as of this morning, but we’ve got a round-up of what else is going on. So now all you have to worry about is how many friends will be begging to tag along!

Resident Original Gangsta Schoolly D is ringing in 2013 in his hometown of Philly at Ortlieb’s Lounge. Given the rapper’s rep as a trailblazer for acts like Public Enemy and Jay-Z, this concert is going to be an event you won’t want to sit out. Tickets for the 21+ show start at $45, which includes a buffet and an open bar from 9 p.m. to 2  a.m. Go here for more tickets and information. 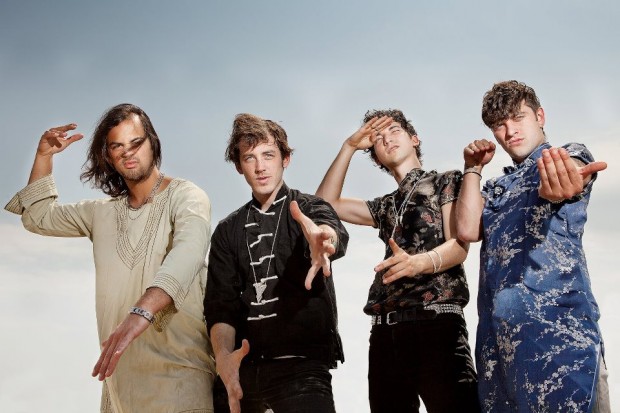 Funky pop rockers Nico’s Gun are bringing the party to Milkboy Philly on the one year anniversary of their debut full-length PLUSH. When former bits and pieces of Philly band Cortez, Cortez teamed up with producer Harry Zelnick, the mission was just to create tracks for hip-hop samples, but the Nicos Gun’s psychedelic rhythms and catchy lyrics caught attention as a worthy stand-alone act. Stream PLUSHhere, and find tickets for the 21+ concert here.

Brothers Past, The Heavy Pets, Disco Sucks at The Troc

Indie psych band Brothers Past are jamming out at the Trocadero with Florida reggae rockers The Heavy Pets and DJ project Disco Sucks. One of the most celebrated independent acts from Philly in the last decade, Brothers Past has released three full-length records, including 2005’s This Feeling’s Called Goodbye. You can listen to their live recordings including their show at Union Transfer last spring here, and order tickets for the New Year’s concert on our calendar here. Doors for the 18+ show open at 8. Watch Brothers Past’s performance of “Squeeze” from their Union Transfer show above.

Jane’s Addiction at House of Blues

Alt / psych frontrunners Jane’s Addiction will be rocking the Atlantic City House of Blues for a New Year’s Eve showcase after the wild success of their Theatre of the Escapists tour this year, supporting 2011’s The Great Escape Artist. Between the band’s tumultuous on-again, off-again history and breaking barriers for alt-rock’s shift into mainstream attention, Jane’s Addiction have made their mark as one of the most influential bands in the last 20 years. Find tickets for the all-ages concert here; above, check out the video for “Irresistible Force” from 2011’s The Great Escape Artist. 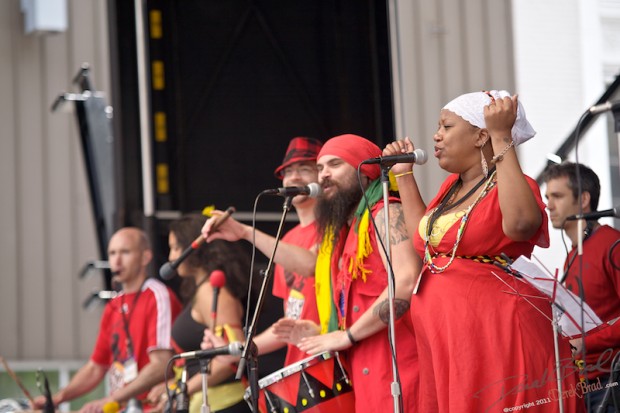 Brazilian beat masters PhillyBloco are bound to get your groove on this New Year’s Eve at World Cafe Live. The music and dance ensemble draws its roots from blocos of Rio de Janeiro with vibrant, infectious rhythms and energetic performances, bringing heat to any dance floor in Philadelphia. Find tickets and information for the celebration here.

Devil Makes Three and Providence duo Brown Bird are crooning at the Theatre of the Living Arts for a festive celebration. Devil Makes Three, a folk punk trio from California, are known for their unique style encompassing ragtime, indie rock and rockabilly. Their most recent album, 2011’s Stomp and Smash, peaked at number 4 on Billboard’s Grass Charts. Brown Bird’s Salt For Salt, which you can stream here, has a dark folk sound in the vein of acts like The Civil Wars. Tickets for the show are available here, and below you should watch Brown Bird’s 2011 performance of “Thunder & Lightning” at WBUR Studios above.

DJ Dave P and his buddies in the Making Time crew are bypassing the featured-live-guests thing for New Year’s Eve, instead presenting an assortment of the city’s best DJ crews in various nooks and crannies of Union Transfer. The Sorted crew brings the indie-dance, Rock Tits does garage rock nuggets for the masses, Broadzilla hits hard with electronic beats and Dave P himself brings an assortment of futuristic sounds for a Making Time hyper-rager. Tickets and information can be found here.

XPN Welcomes Americana rock singer-songwriter Ben Arnold to Steel City for a special all-ages New Year’s concert celebrating the release of Arnold’s “Circle ‘Round The Sun” album. Arnold’s steady blues rock sound has made him an WXPN favorite, so take the opportunity to check out his music here, and find information and tickets to the release party here.

Francis Dunnery at The Tin Angel

English singer-songwriter Francis Dunnery will be at the Tin Angel for a very intimate New Year’s Eve performance. Dunnery, who got his start as part of It Bites and a revival of The Syn, released his latest album, Made in Space, in 2011. The album is Dunnery’s first without any guitar and features vocals from Dorie Jackson. You can find tickets for Dunnery’s 21+ show here.

Venezuelan electro / dance duo Fur Coat are bringing their game to Underground Arts for New Year’s, supported by the smooth beats of Someone Else (Get Physical) and techno act Rob Paine & Dirty. The 21+ dance party starts at 9 PM; check out tickets and information here.

The Electric Factory is bringing you a very alt-rock New Year’s Eve with performances from Philly’s own Octane, Kid Felix, Bong Hits for Jesus, and The Endless March. Post-metal Octane’s 2006 release When All Is Said and Done churned out cult favorites like “Pure” and “Gasoline”–maybe 2013 will see a new generation of headbanging…maybe? If you’d like to be part of that revival, find tickets and information for the all-ages show here.

For a complete list of more concerts in the region not shown above, visit our calendar here. May 2013 bring you fun, happiness, and another year of sweet, sweet music.