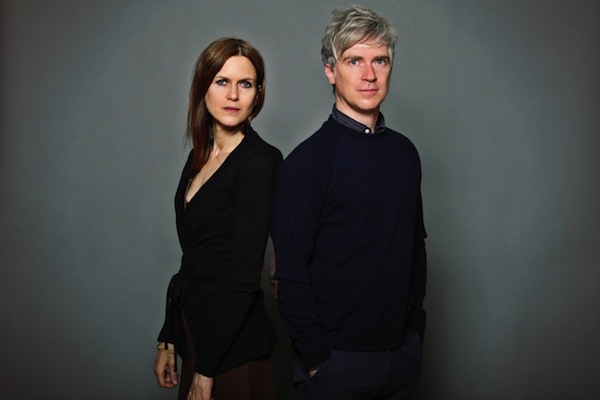 The new indie rock duo Minor Alps consists of Matthew Caws (Nada Surf) and Julianna Hatfield (former member of Blake Babies and Some Girls). This collaborative group will be releasing their debut album Get There on October 29th.

The seasoned veterans of Minor Alps are capable of playing everything from catchy rock hooks to electronic folk (see “Buried Plans” below). They just released their first music video in support of their upcoming album, for the track “I Don’t Know What To Do With My Hands.” This song encompasses the nervousness that comes about in some social situations, as shown in the lyrics “I push the hair out of my eyes / I pull the blanket around me / I bite my nails, scratch my shoulder / I peel the label off the bottle, and tear it into tiny pieces / I don’t know what to do with my hands!” This seemingly minor problem that we’ve all dealt with at some point is sung about in spectacular tone by both Matt and Julianna, and their songwriting skill is evident in the catchy power pop chorus.

Catch Minor Alps at World Cafe Live in Philadelphia on November 22nd, and find tickets here. You can also pre order their debut album Get There here.