Another Kind of Blue tribute? You bet, and pianist Omar Sosa make it his own. - WXPN 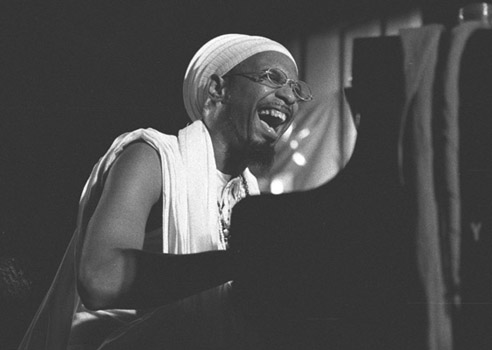 Another Kind of Blue tribute? You bet, and pianist Omar Sosa make it his own.

Surely by this point, there are far more recordings honoring the music of Miles Davis than ever released by the legendary trumpeter himself. So it’s understandable that the arrival of yet another tribute album might be met with a degree of skepticism – especially one explicitly referencing Kind of Blue, Davis’ most renowned album and a staple of even the most jazz-averse record collection.

But with Eggũn: The Afri-Lectric Experience, pianist Omar Sosa offers a rethinking of the classic album that is individual and eclectic enough that even the famously curmudgeonly Davis might appreciate it. Commissioned by the Barcelona Jazz Festival in 2009 for the 50th anniversary of Kind of Blue, Sosa’s album doesn’t just offer rearrangements of Davis’ time-honored compositions, but consists of an original suite of music through which themes and melodies from the original emerge as part of a larger patchwork. Born in Cuba, Sosa draws on the African roots of Cuban music and jazz for his own music, and his compositions for Eggũn more often evoke those traditions than the bop-oriented New York of Kind of Blue. Davis’ music is hinted at, alluded to, but never overtly imitated.