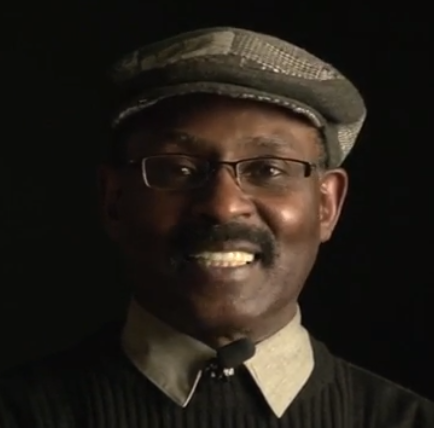 A few hours after we spoke on Wednesday night, Lovett Hines was planning to be on a plane from snow-covered Philadelphia to the balmier climes of Miami. But unlike many 70-year-olds, Hines had no intention of making a one-way migration to Florida. After three days at a retreat with other recipients of the Knight Foundation’s BMe Leadership Award, he’ll be right back at Clef Club of Jazz & Performing Arts on Monday, where he’s been guiding Philly’s young, aspiring jazz musicians for the last twenty years.

While he’s away reaping the benefits of one award, he’ll be receiving another in absentia. At the Painted Bride tonight, Hines will become the fourth recipient of Jazz Bridge’s “Making a Difference” award at a fundraiser for the local nonprofit organization headlined by an all-star band led by bassist Dylan Taylor. Hines will accept via a video produced by Jason Fifield.

“Lovett is an icon,” says Suzanne Cloud, executive director and co-founder of Jazz Bridge, which aids local jazz and blues musicians in times of crisis. “He’s the uber-mentor. He’s the teacher to Philly’s young lions and lionesses. He has brought kids through the fire of music education and really mentored a lot of heavyweights.”

Asked for his reaction to the award, Hines laughed in typically self-effacing fashion. “It’s so funny to receive an award for something I love doing,” he says. “It’s almost like getting an award for having fun. But I’m so happy that this is coming from an organization that’s dedicated to musicians.”

No one has been more dedicated to musicians in Philly than Lovett Hines. Through two decades at the Clef Club and prior to that at Settlement Music School, he has mentored some of the most high-profile jazz artists to have emerged from Philadelphia during that time, most notably bassist Christian McBride, organist Joey DeFrancesco, saxophonist Jaleel Shaw, and drummer Justin Faulkner.

Hines started out as a piano prodigy before turning his focus to education, and credits his own love for music for his successes with students. “I had a passion for jazz,” Hines explains, “and my idea was to make sure that my young people felt that same passion. I gave the students freedom to create their own voice and let them know that I was there to encourage them, wherever they went. I always tell people that when students come to me, they become my children.”

Some of Hines’ oldest students who are now in their forties, including McBride and DeFrancesco, still refer to Hines as “Uncle Love,” a direct result of his unflagging encouragement and refusal to squelch his students’ enthusiasms, no matter what form they took.

“I remember when Joey D and Christian would conference call me, whatever time it was, and say, ‘Mr. Hines, listen to this!’ We’d listen to Miles or Jimmy Smith or Pharoah Sanders and they would make comments back and forth. I would doze off but I would never hang up. I’d never do that. I think all those elements let the young people know how much you care about them, that you’re interested in the direction that they want to go with the music, and that plays a hand in their development.

“I never put restrictions on any of the young people,” he continues. “Chris McBride came to me and was into James Brown. I didn’t tell him he had to play like Charles Mingus because Mingus is where jazz is. If he had a funk thing, that’s where we started from. I had another kid come into auditions playing ‘The Star Spangled Banner’ like Jimi Hendrix, but his father wanted him to play jazz. I said, ‘Wait a minute, this kid is playing like Jimi Hendrix! Let’s start from there.’”

Shortly after graduating from the Philadelphia College of Art, Hines was recruited as the jazz band director for the Better Break Summer Camp, then was recruited by Odean Pope to take over the jazz ensemble at Settlement Music School when the tenor sax great went on the road with legendary drummer Max Roach. Hines headed Settlement’s jazz ensemble from 1980 to 1991, working with McBride, DeFrancesco, and the Landham Brothers along the way, until a clash in educational approach led to his decision to begin his own program.

“Settlement had a great program, but our philosophy was different,” he says. “I wanted these young people to perform. Teaching them theory was one thing, but jazz has to be performed, and that was the essence of what I wanted to do. I was attracted to the Clef Club because of their environment and their philosophy. It was a place based around musicians.”

The Clef Club was founded in 1966 as the social club for Local 274, Philly’s black musicians union, and expanded to provide other services to local artists in the wake of the union’s demise. Hines arrived twenty years ago with two students who had followed him from the Settlement Program, and grew the program until today, when he works with 200 students in five ensembles on a regular basis and nearly 1000 through outreach program. Students generally range in age from six to eighteen, though the Clef Club has accepted students as young as three years old and has an adult program for older students who want to elevate their skills without necessarily becoming professional musicians.

Hines received the BMe Leadership Grant for his work with students in jazz ensembles, and the award allowed him to begin the Youth Jazz Ambassador Ensemble, a high-level band which has played concerts at the Keswick Theater and at Memphis’ Stax Museum. “The responsibility of the individual makes an ensemble function,” Hines says. “If everyone’s doing their part, it sounds good. If the members are committed to each other, then they help each other, which I’ve seen happen over the years. The students may spend an hour or two with me, but their development comes from each other – talking about the music, learning about the music, living the music.”

Hines’ filmed acceptance will precede a performance by bassist Dylan Taylor, who is releasing his long-anticipated first CD as a leader, Sweeter for the Struggle. He’s assembled a stellar band for the occasion, mostly comprising many of the local greats he’s worked with over the years: saxophonist Bobby Zankel, pianist Tom Lawton, drummer Craig McIver, and trumpeter Bob Meashey. He’ll also welcome legendary guitarist Larry Coryell, who performs a gorgeous acoustic duet with the bassist on the CD.