This past Saturday night, Union Transfer hosted the Noisey co-headlining tour with local folk punk heroes mewithoutYou and LA-based hardcore punks Touche Amore. Both bands have a discography of respectable and well-crafted albums that received great acclaim, but the reason they go so well on tour together is their ability to simply go crazy and absolutely lose themselves in their music onstage. Met with a crowd that has the same agenda made for one of the best shows I have seen at Union Transfer. 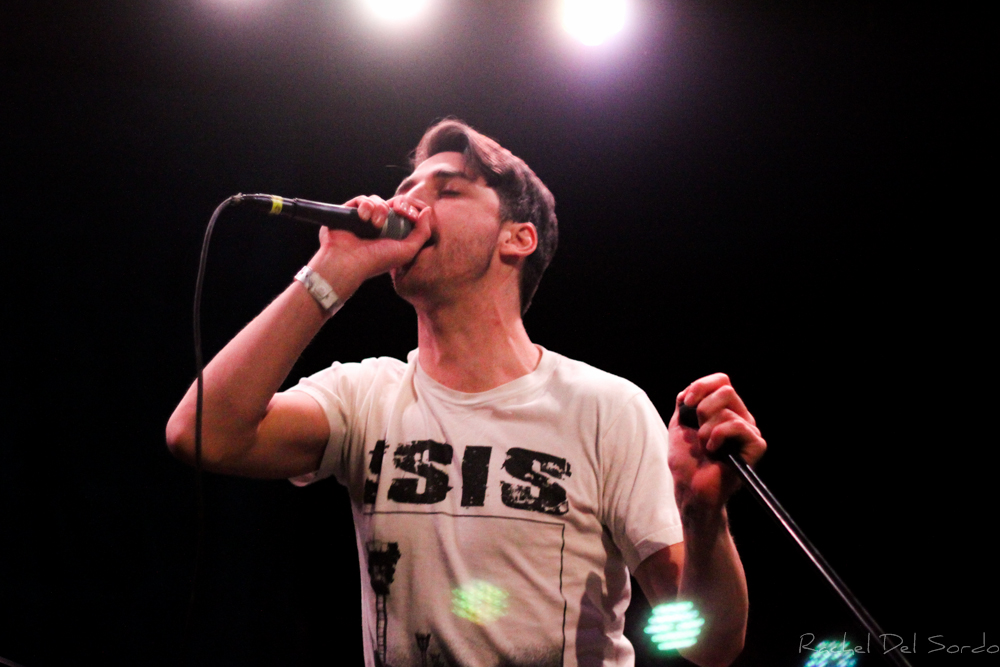 Caravels opened up the night playing to an already full venue. The band’s sound is heavy, with raspy vocals and a unique mix of aggressive and laid-back instrumental parts. Vocalist Michael Roeslein shouted his lyrics with a noticeable sense of purpose and anger as he danced and moved around the stage, totally enveloped in the performance.

The band’s latest release is Lacuna, a full length album released on Topshelf Records that is worth a listen especially for fans of bands like La Dispute. Stream it on Bandcamp.

Seahaven threw themselves into their set as much as Caravels, but their tunes were much more chill and oriented around layered guitars. The lights were low and the mood was set for this band’s soft, ambient touch that was punctuated by an outpouring of emotion. Seahaven is releasing a full length album called Reverie Lagoon: Music For Escapism Only on March 25th via Run For Cover Records, order it here and stream a song off it here. 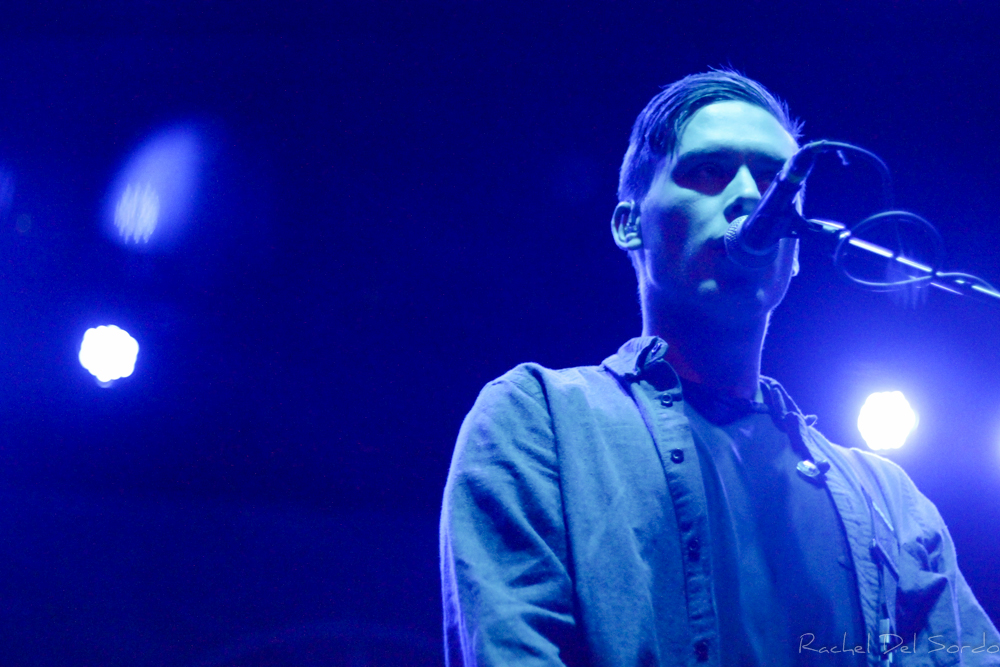 Touche Amore crammed 22 songs into their 40-minute set, and their live show is ample evidence that they are one of the best punk bands around. They came out strong as hell, with an intro of “Praise / Love” into “Anyone / Anything,” a standout track off their most recent release Is Survived By.

After invigorating the crowd with this first song, Touche Amore delved into their 2011 album Parting The Sea Between Brightness and Me, and from that point they bounced from album to album without skipping a beat between most songs. Their short, swift, songs blended together, and at most points the crowd was a mess of shouting, running, and crowdsurfing young adults.

Vocalist Jeremy Bolm took advantage of the audience’s energy, grabbing crowd surfers and handing them the mic, punching the air fanatically, and even doing a stage dive of his own. In addition to his on-stage antics, Bolm’s vocal performance was top-notch and is definitely something worth seeing live. Some of the best songs from their set were “Art Official,” “The Great Repetition,” and an especially powerful performance of “Non Fiction”. 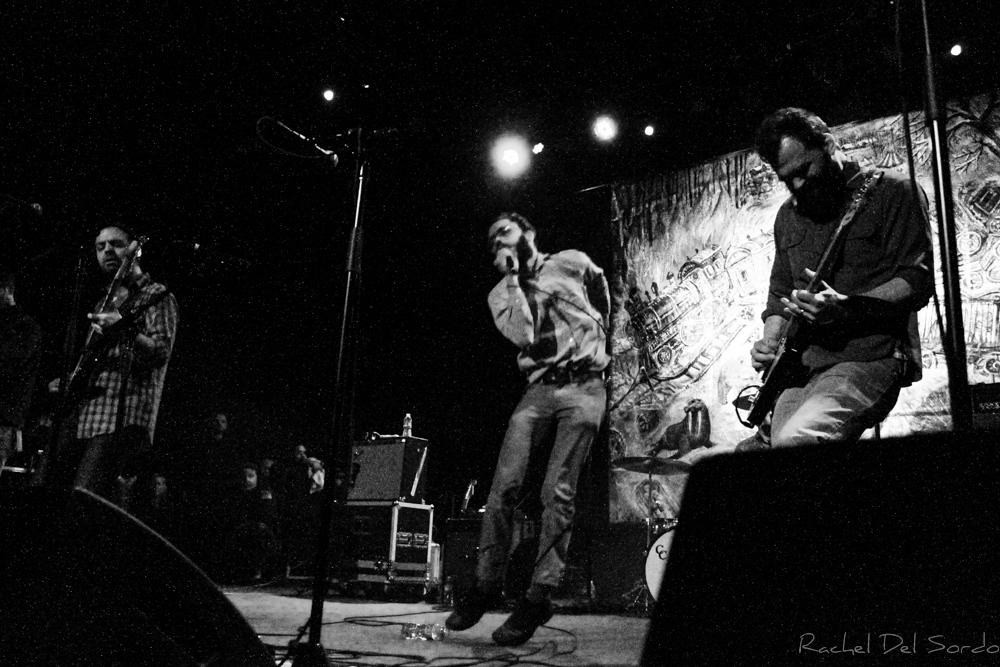 Local headliners mewithoutYou put on a well-rounded performance that covered music from all realms of their (more than) ten year career. From their debut LP A→B Life to their most recent release Ten Stories, mewithoutYou pleased the crowd with an amazing mix of folk, punk, and even hardcore tracks. At times the crowd was going as nuts as they were for Touche Amore, yelling and shouting at the top of their lungs while a few people even bawled their eyes out at select songs. With the frenzied states that these local artists brought were soft lullabies which entranced the crowd before throwing them right back into a mess of yelling and noise. Vocalist Aaron Weiss entangled himself in the microphone cord as he spun and jumped around on stage, when he wasn’t rocking out on the accordion or acoustic guitar.

mewithoutYou’s set was lengthy, and an added encore left the crowd more than satisfied with their peculiar hometown idols. Some of the best songs from their set were “Nice and Blue Pt. 2,” “Bullet to Binary,” and “Wolf Am I!”. Weiss ended the evening by acoustically performing “In A Sweater Poorly Knit,” a poetic number off Brother, Sister where he softly muffled the lines: “Brownish spider / brownish leaf / confirms my deepest held belief / no more spider / no more leaf / no more me / no more belief” before quietly waving and walking off stage. 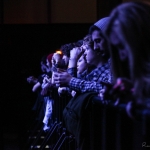 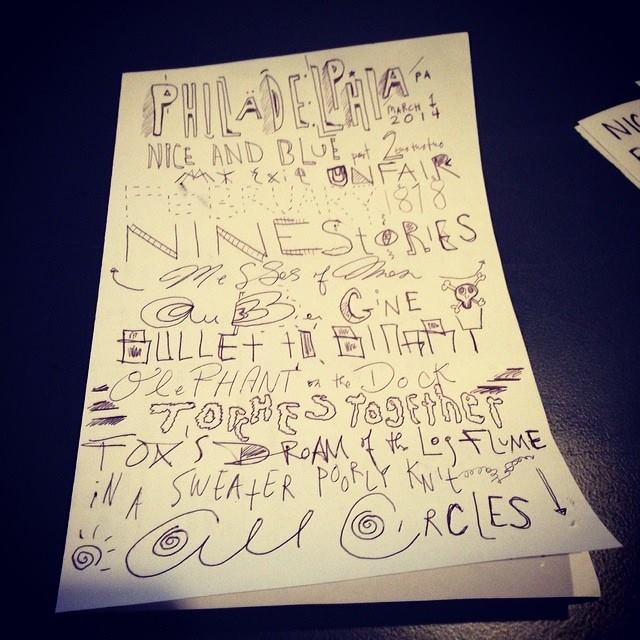