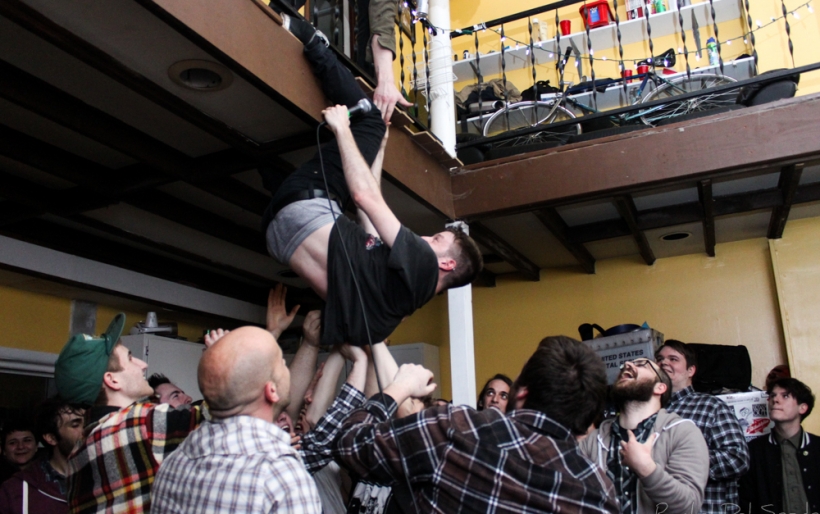 Toronto punk four-piece PUP is enroute back North after taking SXSW by storm (see The Key and PureVolume), and they stopped by Golden Tea House this past Saturday night to showcase their aggressive style of raspy pop punk. They played second, alongside Tender Vision, Great Red Spots, and Dead Tenors. 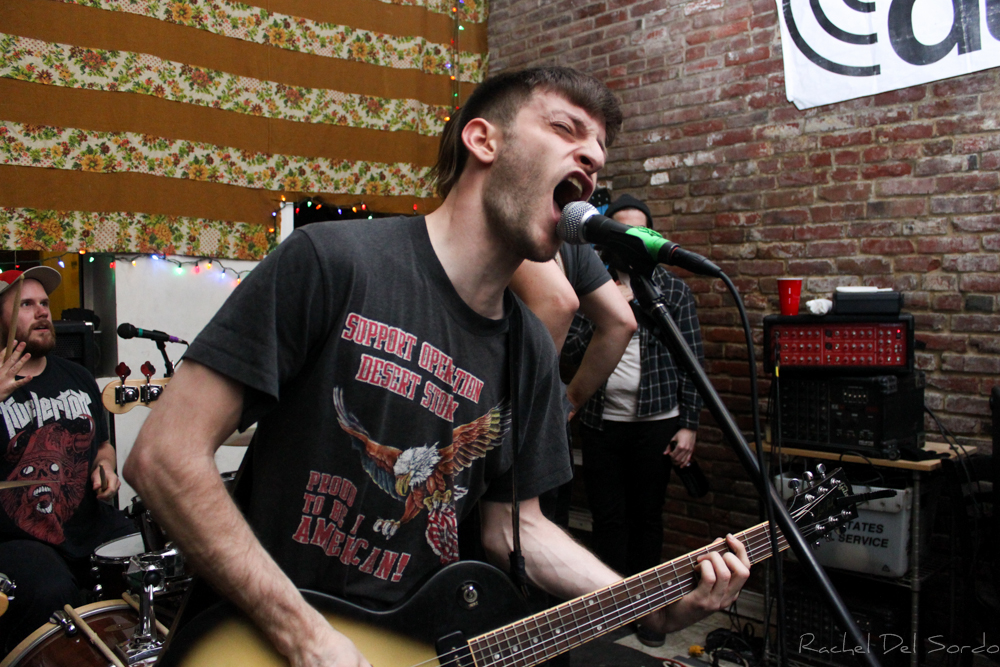 The band sped through songs off their forthcoming self-titled album, and they were as precise as they were maniacal. Vocalist and guitarist Stefan Babcock stood atop the drum kit as he slammed on his instrument, before rushing back to the mic to chime in with his scratchy, heartful shouts.

They tore through heavy and fast riffs, and nailed every tasteful guitar solo. Some people sang along, and the crowd turned into a lively mosh pit once PUP jumped into their anthemic single “Reservoir”. Babcock put his back to the crowd as he jammed out, being pummeled by bodies as he stood on the edge of the jumping punks. Towards end their set they played an amazingly raw cover of “Sabotage” by The Beastie Boys, during which Babcock jumped up on top of the crowd and managed to climb his way up on to the balcony. These guys seriously killed it live, they are gritty, real, and have the talent to pull off their craft while going crazy at the same time.

PUP’s self-titled album is coming out April 8th via SideOneDummy Records, you can preorder it here. In the meantime, give a listen to “Reservoir” and “Dark Days”. 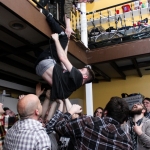