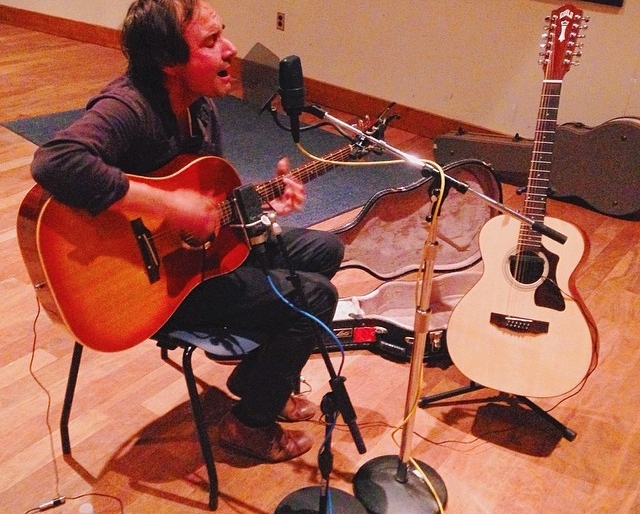 Our latest Indie Rock Hit Parade session is perhaps our most intimate and intense yet. A founding member of two celebrated NYC bands, Grizzly Bear and Department Of Eagles, Daniel Rossen is nothing short of a mainstay. The soft-spoken Rossen commands his contributions with an understated charisma. Having stepped out on his own with the 2012 EP Silent Hour/Golden Mile, Rossen continues to showcase the material he’s written outside of his main projects.

The session begins with a song from that EP, “Silent Song,” in which Rossen’s chiming 12-string guitar creates a torrent of notes to underscore his pleading vocals. As for the other two songs he performed for us, they remain unreleased. “Not Coming Back” and “Made To Rise” were written several years ago, around the time Rossen was moving between the city and the countryside. The feeling of boundless uncertainty carries through each song; Rossen has always had a knack for capturing fragility and caution in his lyrics. Rossen joked that, in 50 or so years, he’ll release a collection of these demos. Until then, enjoy Daniel’s live renditions of these undiscovered gems.