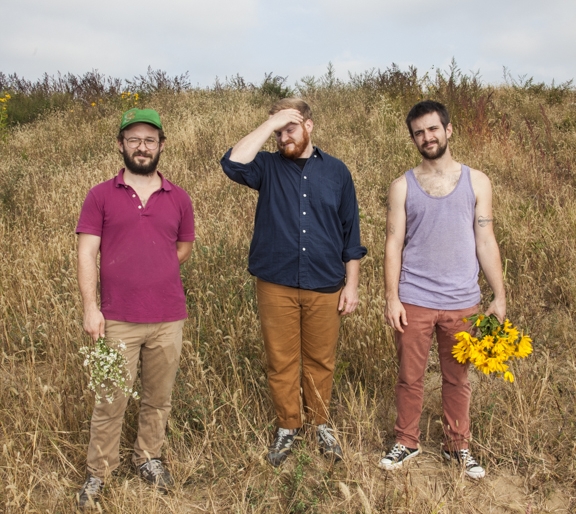 Lux Perpetua, the long-running Philly psych outfit led by multi-faceted multi-instrumentalist and producer Justin Wolf, is gearing up for a busy summer. The band is releasing its long-awaited album, Hehbehdehbehbehdeh (pronounced pretty much like it looks) on Color Theory Records on May 29th. If you were a fan of last year’s bass-heady psych-rock EP Make Your Purposes Mine, here’s a friendly forewarning: this new material is different. And for an ever-evolving band, that’s a good thing.

Most notable is “Blood Sea,” an unusually upbeat tune (for Lux) that we’re premiering for you today. One immediate difference is the addition of a female voice to the mix, Wolf’s good friend Amelia Meath (of Sylvan Esso and Mountain Man), who also contributes to a majority of the album’s tracks. The vocal interchange between Wolf and Meath combined with airy, catchy guitar melodies gives the tune a primarily summer feel. The dreamy quality of the track makes sense – as it came to Wolf in a dream:

“I wrote the song a few years ago after throwing my back out pretty badly,” he told us. “After wobbling home I fell asleep and dreamed of a kitchen at the edge of a giant red sea, which was the back pain scrambling my mind. It became a sort of weird love song about cooking biscuits and missing someone and ‘riding the waves’ so to speak.”

I don’t know about the biscuits part, but the dreamy love song amidst a giant red sea certainly translates.

Lux Perpetua will play their album release show on May 29 at Johnny Brenda’s with The Extraordinaires and Andrew Cedermark. Get tickets for the show here. Stream “Blood Sea” via the band’s Soundcloud page below.