Unlocked: The Key's review of Relief by Vacationer - WXPN 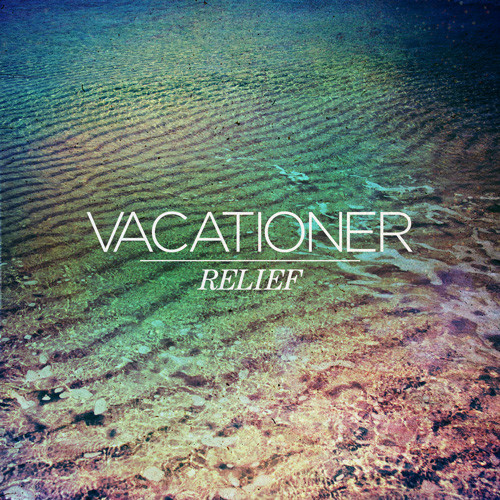 Unlocked: The Key’s review of Relief by Vacationer

Relief is full of what one might describe as “Bali Hai” moments.

The album is Philadelphia dream pop band Vacationer’s sophomore release, out today via Downtown Records. Though it features modern technology – electric guitars, vibraphone flourishes and Logic-produced beats – Relief echoes the score of 1949 Rogers and Hammerstein musical “South Pacific.” In the show, Bali Hai is the name of the magical, mysterious island that is seen as an exotic paradise to the main characters. The native Tonkinese people invite American troops fighting during World War II to visit the island, and it becomes a tropical haven for the soldiers to forget about the fighting and killing that surrounds them. Every time that Bali Hai is mentioned or seen off in the distance, the show’s score elicits waves of brass, strings and a chorus of voices that bolster the island’s enchanting qualities.

The musical motif that starts Relief feels like an invitation from Vacationer to join the band on its own version of Bali Hai. Voices swell and fifes sound as the album launches into the first track, “Stay,” and frontman Kenny Vasoli sings, “Want you to taste summer winds as they’re gusting around/ I want you shaking those habits just in time, worth it if you look around.”

On Vacationer’s enchanted musical island, there are definitely no signs of the war, racism or other hardships that thicken the plot of “South Pacific.” But Relief also isn’t all chill waves, summer sun and good vibes like its predecessor, 2012’s Gone. The band’s second LP has more meat on its bones, as is evident from some of the most standout tracks. “Paradise Waiting” has what could be mistaken for an old-school sample as its backing track. It’s one of the pristine new dance beats on Relief that should prove supremely entertaining during the band’s live show. “Shining” features a solid riff in which guitarist Greg Altman and multi-instrumentalist Michael Mullin layer their playing in harmony amongst vibraphone beats and Vasoli’s soothing falsetto. “Go Anywhere” is the band’s down-tempo, go-to new ballad, and the track from which the album received its namesake. “It’s the dawn of the time, a relief that could mean everything/ It’s the love of your life, and we know it could go anywhere,” Vasoli sings.

Gone was written to chronicle a romantic relationship of Vasoli’s from beginning to end. From a songwriting perspective, Relief seems to stem from somewhere a little less personal, and a little more shared – like an invitation to visit Bali Hai that might not have been extended back then, as it now is. There is also a shared emotional quality layered into Vacationer’s music that can be a rare find with electronic acts. It’s production crafted with ingenuity and heart, rather than ego.

Despite differences, Relief still has Vacationer’s unique essence and ability to transport the listener at its core. Nowhere is this more evident than in the single “Wild Life.” Even if you don’t usually lead the risk-taking, relaxed lifestyle that the band is condoning, you’d be lying if you said the song didn’t make you wish you could.

So does Relief make Vacationer a different type of band? Definitely not. The majority of the band’s influences, techniques and tricks have remained the same, and rightfully so. But it’s also not the same type of material that the band has been known for until now.

Though one may fondly remember a trip to paradise overall, there are always specific moments that we cherish, that we hold on to, that we tuck away into the corner of our mind and save for a rainy day.

Relief is full of these moments. Lucky for us, now we’re all invited to become Vacationers.

Relief is the featured album in this week’s installment of Unlocked. Download “In The Grass” in yesterday’s post, and check back tomorrow for a video recap, Thursday for a feature interview, and Friday for a random post.