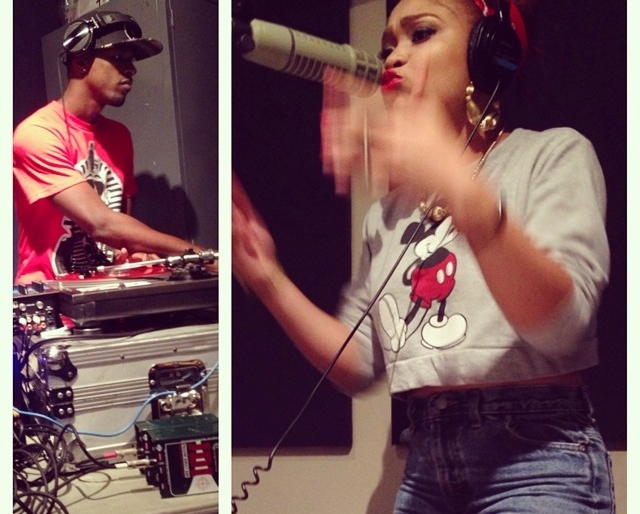 It was winter when we heard Philly’s Tiani Victoria, and our reaction was pretty amped: at the time, I called her an “emerging Philly rapper with a razor-sharp delivery and a fierce flow that would melt icy sidewalks as easily as melting faces.” Her video for “Million Dollar Flow” had just been released (watch it here) and I totally saw and heard big things:

It’s a quick clip, but sets an incredible tone – Victoria’s confidence is unwavering, her lyrics are clever and she handily establishes herself as a powerful new voice on the Philly hip-hop scene.

Tiani has done pretty well for herself since then, continuing to release singles on the regular via her Soundcloud page. The lovelorn “Is It A Crime” samples a song of the same name from Sade’s 1985 record Promise, while “Blow My High” is a dancefloor tour de force produced by the Digital Crates crew and featuring a verse from Spade-O. One of her best is the collaborative “Set It Off (The Symphony),” where Tiani is one of four Philly women rapping over a fierce beat – it’s all about empowerment and solidarity in a scene that, all too often, can feel like a boys’ club. Download the original here, or check out Tiani performing her verse solo in this week’s Key Studio Session. The performance also features those other tracks I talked about, as well as the more recent “Marinate” (watch a video for that one below, care of Bob Sweeney) and a boss freestyle.

All of this is leading up to two things: Tiani’s performance this Friday June 27th at the TLA on South Street for Urban Celebrity Mag’s Philly Summer Fest (tickets and info at the XPN Concert Calendar), and the release of Hard Candy, her debut full-length, out this summer.