Stop what you're doing and join The Damn Band - WXPN 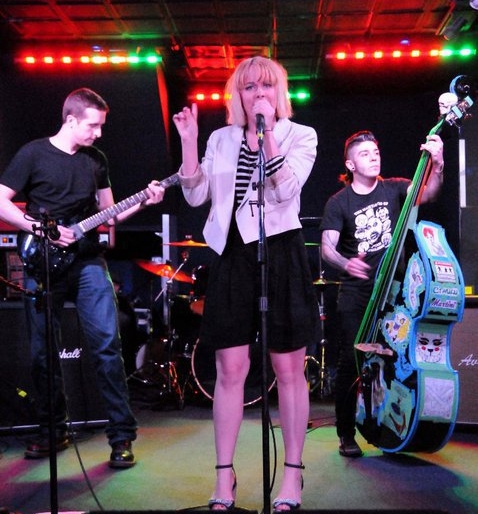 Stop what you’re doing and join The Damn Band

Who is The Damn Band? You are, well you could be, along with frontwoman Ang Bocca and a few of her friends.

Bocca created Ang and the Damn Band back in 2009 in the indie rockabilly scene, but doesn’t let that scene define their sound because The Damn Band doesn’t have a set lineup. On any given night, it could include a jazz cellist and the next night it could be rock n’ roll guitarist. That’s what makes Ang and the Damn Band so awesome. With a constant influx of new musicians, each song can transform into something different depending on the musicians playing that night. A project like Ang and the Damn Band wouldn’t be possible without someone like Bocca. With her carefree attitude, she has the crowd-pleasing stage presence to keep this band alive. Not to mention her natural talent as a powerhouse soul vocalist.

There aren’t any recordings or albums by Ang and the Damn Band yet, just live performances. Listen below to Ang sing “Nobody’s Business” with two very different Damn Bands.