Nobody could make the drums sing quite like Dante Bucci. The songwriter, percussionist, creative collaborator and fixture of the Philadelphia music scene was found dead in his Roxborough home this Wednesday. He was 34 years old.

Bucci, a systems analyst at Drexel University by day, came to prominence locally and regionally as a master of the hang drum – a unique, UFO-shaped instrument with a similar sound and feel as a steel drum. It’s both percussive and melodic, which allowed Bucci to effectively be his own one-man band, writing songs and performing them with the two drums balanced in his lap. His latest album, Kinesthesia, was released in October of 2013, but he had already been developing this unique style for years, showcasing it at the Philadelphia Folk Festival in 2010 and releasing his debut album, Reminiscence, in 2008.

“He was the master of unique and unusual instruments,” remembers Philly singer-songwriter Mutlu Onaral, with whom Bucci regularly collaborated. “He could take anything, mess around with it, and in a half hour make it groove and sound good. That really manifested itself with the hang drum. He took it to an incredible level, what he was able to do with it.”

Onaral describes Bucci as an “honest, loyal and good-natured” person, and his friend for the past 15 years. They met while studying and singing in an a capella group at Drexel University, and bonded over their involvement in the Philadelphia Music Community. Beyond his own music, Bucci collaborated with others in the Philadelphia scene as a singer and percussionist. Over the years, he worked with Amos Lee, Kuf Knotz and Laura Mann.

In a post on her Facebook page, XPN’s Helen Leicht wrote “Dante Bucci, you will be missed than you’ll ever know. The Philadelphia community will remember you always. Thank you for sharing your gifts and always being there if I needed you to share your music. We will be thinking of you tomorrow at the Philly Local showcase at the Folk Festival.”

News of Bucci’s death is hitting the Philadelphia Folk Festival community hard; as Onaral put it, “This was his favorite time of year.” He had been attending almost as long as they’d been friends, not just as a performer but also part of the community. Last week, Bucci posted a video he found on YouTube of his first Folk Fest in 2001; a camper’s video randomly caught him playing didgeridoo in the campground and at the song circle.

“He camped, he volunteered,” Onaral said. “He was a fixture there.”

Folk Fest programmer and promoter Jesse Lundy performed with Bucci in Brian Flanagan’s band; the two had been friends for about 12 years. “Losing Dante, especially given his involvement with the PFF community, is a tragedy on par with losing Alex Chilton at SXSW,” Lundy said. “We’re all in a place where we can mourn and remember and pay tribute together, which is so important for healing.”

Onaral’s set on Saturday was originally scheduled to be a trio with guitarist Jeremy Dyen; “We’re going to go ahead with the set as a duo, and he’ll be there in spirit,” he said. Bucci was also scheduled to perform with other bands during the weekend, and Onaral said there was talk of a memorial for him in the festival campground, but no firm details yet; as we find out more, we’ll update this post.

“He was the kind of guy that you always knew if you were going through a rough time, you automatically knew you could count on,” remembers Onaral. “Our set will be a tribute to him.”

Personally, I’ll remember Bucci as the confident performer with long dark hair and a sound like I’d never heard before who opened the Folk Fest main stage in 2010; as the guy who serenaded WXPN’s buskers’ series at 30th Street Station with cool sounds on a breezy April afternoon last year; as a regular presence in our studio during Gene Shay’s Sunday night show; and as a integral part of the Philly Folk community. He’ll be missed.

UPDATE:Bucci’s viewing takes place Sunday from 5 to 9 p.m. at Burns Funeral Home, 1514 Woodbourne Road in Levittown. Services Monday beginning with a one-hour viewing at 930 a.m. take place at Queen of Peace Church, 820 North Hills Avenue in Ardsley. Donations in Bucci’s name can be made to Musicians on Call. 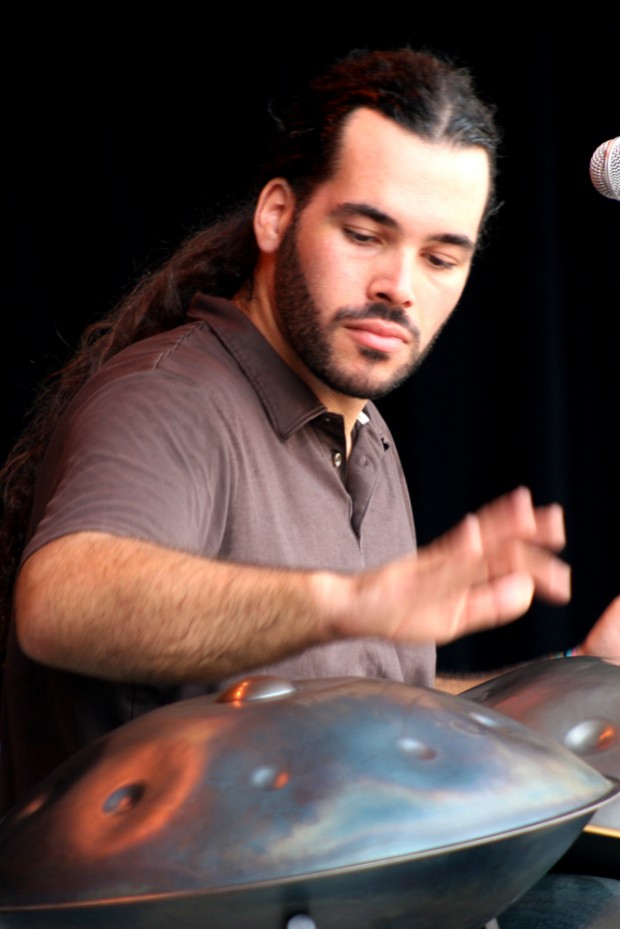