The Black Keys headline a two-hour hit parade in Philly

The Black Keys were born in a basement and have since evolved into one of the 21st century’s defining sounds. Their aesthetic, a unique tone developed with the help of none other than Danger Mouse, is unparalleled. And while you may know them by one of their countless hits from their 3 consecutive top-five albums over the past 5 years, their catalogue is extensive and the quality of songwriting hasn’t dared falter since the group’s inception in 2001. Frontman Dan Auerbach’s voice couldn’t be more soulful, his guitar playing more skilled, and we might as well go ahead and call Patrick Carney the epitome of hard-hitting indie-rock drums. All of this is to say that you’d expect a damn good show from this celebrated rock duo, and that’s just what Philly got. 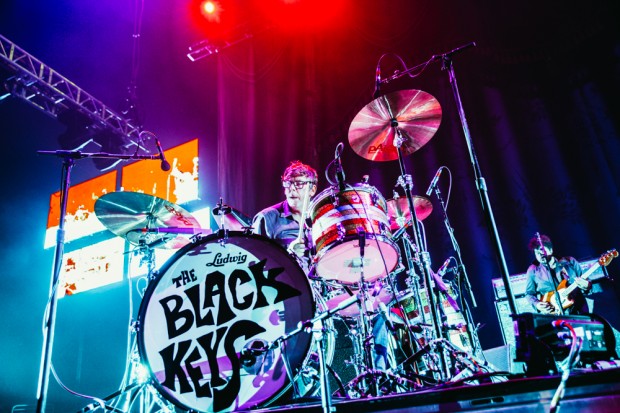 Opening their nearly 2-hour long set with the upbeat “Dead And Gone”, the Keys set the tone for a high-energy, all out blues/rock party. Tracks like “Run Right Back”, “Gold On The Ceiling”, “Fever” and “Lonely Boy” shared in the throw-your-fists-in-the-air pop revelry. Auerbach gave his vocal cords and guitar strings a chance to shine on more soulful tunes like “Next Girl”, “Too Afraid to Love You”, “Leavin’ Trunk” and “She’s Long Gone”, the latter 2 of which may have been my favorites from the evening. Auerbach’s guitar solo on “Leavin’ Trunk” still has me reeling. To my surprise, “Howlin’ For You” felt much more like a hard-shufflin’ Texas style blues than the crunchy rock anthem that it truly is. This was a good thing. Those Stones-y, classic guitar-rock tunes like “Your Touch”, “Gotta Get Away” and the show’s closer, “Little Black Submarines” were equally rock solid.

I kind of wish they would have played less of El Camino and more deep cuts from the early years, but you gotta do what you gotta do to please a crowd of 20,000. And judging by the stream of crowd surfers (one of whom happened to be Matt Shultz, opening group Cage The Elephant’s mercurial frontman) atop the packed Wells Fargo floor, it’s pretty safe to say that the Philadelphia crowd was more than pleased. 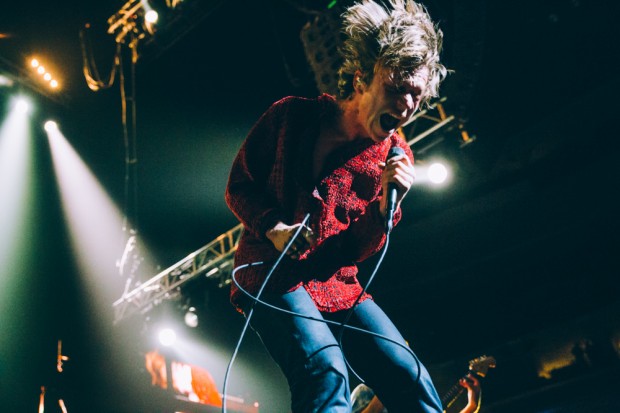 And speaking of Cage The Elephant, all I have to say is wow. Going into the show, I knew little of the group other than the fact that Shultz is known to dive offstage (among other antics). I know now that Cage The Elephant is one of the hardest rocking outfits out there and that I will probably be going deaf later this week.

They made for a pretty tough act to follow up, but I must admit that The Black Keys’ set was world class. So good, in fact, that next time The Black Keys around, it might be me you see crowd surfing. Below, check out a gallery of photos, as well as last night’s 21-song Black Keys setlist.