It’s normal to find yourself spacing out at concerts—everyone’s guilty of it. Get lost vibing, fade a little, check Twitter, people-watch, scroll Instagram to see who’s also at the show you’re attending, etc. Despite praising performances with expressions like “hypnotizing!” and “captivating,” there are plenty of times concert attendees occupy themselves beyond the duties of “active listening” (or dancing a la Elaine Benes). However, some people choose to be more engaged, and if you’ve been people paying close attention in the Philadelphia music scene, you might have spotted a handful of artists illustrating the concert as they watched.

You might know them as regulars at local haunts like MilkBoy, Union Transfer, The Tin Angel and Philadelphia Folk Fest; they have sketchpad and pencils in hand, quickly drawing the scene on stage. We’ve spotted these talented Philadelphians drawing their own impressions of WXPN’s Free at Noon concerts and elsewhere, and reached out to ask them about their experiences. 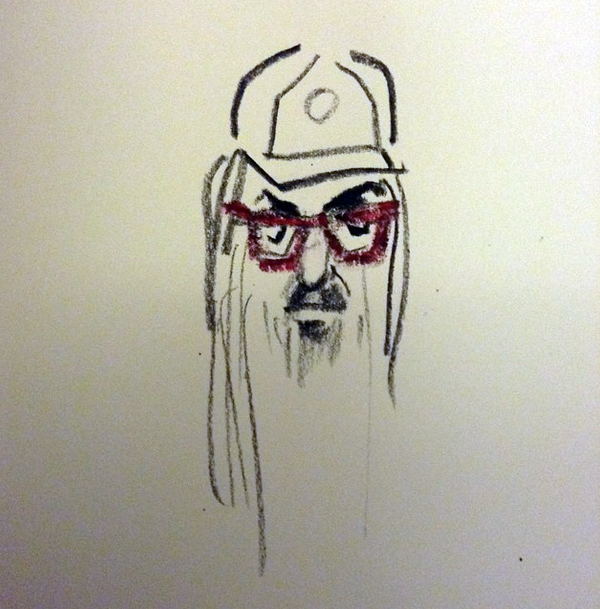 Diane Roka, a Philly based freelance illustrator, has been coming to a spectrum of shows at World Cafe Live since the venue opened in 2004.

“It’s been fantastic having a resource like this and I think for a lot of people, they’re getting to see musicians they wouldn’t ordinarily see,” says Roka. “I live within walking distance so whether it’s a nighttime show or a Free at Noon, it’s just super convenient.”

Roka’s affinity for live drawing stemmed from reporting for the online music magazine, Perfect Sound Forever. She cites an experience at a John Doe concert as the catalyst for her craft.

“I went to see John Doe—I was interviewing him, and I just started drawing him at the show. After that it sort of morphed into me using the drawings as illustrations for my interviews, and then I pretty much started exclusively just drawing at the shows.” Roka, who studied at the Mason Gross School of the Arts at Rutgers New Brunswick, has sketchbooks full of linear fashion-like illustrations of musicians, some flailing onstage with guitars, others appearing as stationary as the microphone stands in front of them. She describes her approach as “trying to capture the musicians in as few lines as possible.”

Other artists, like Trish Houck, bring a more fluid style to the page. Houck, who draws strictly as a hobby, began drawing at concerts about six years ago. “I just found my mind wandering during the festivals, and at the time I was taking figure drawing classes…I always liked drawing faces, so it just sort of seemed like a natural combination to be at a concert and draw.”

Houck shares her first experience drawing at a show took some encouragement from example.  “The first time I drew was at the XPoNential Music Festival, and I felt weird about it until I saw someone else drawing,” she says. “I found it it sort of empowering.” TJ Kong liked Trish Houck’s illustration so much, he shouted it out on Instagram

Houck lovingly calls her black and white drawings her “music diary.” The pictures serve as “a record of where I’ve been, who I’ve seen. Mentally, I don’t always remember…this helps me recall concerts and how I felt when I was there.” Houck’s method, which she says generally takes the full length of the performance to capture, spotlights distinguishable features of each artist.

Houck rarely returns to look at her drawings after a performance and never retouches it. “All I see are the mistakes, I look and think, ‘Oh, that could be better,’ but it is what it is. Some are better than others, and I think I certainly have improved over the years.” Personal prizes in her music diary include drawings of Adele and Steve Earle that the musicians themselves autographed, as well as an Instagram reaction from TJ Kong and the Atomic Bomb.

Taking a completely different approach, John Howard illustrates performances completely post-performance. Howard doesn’t draw while at the shows themselves, but instead photographs each concert and then blows up the images on his computer to create vivid, full-colored caricatures. The retired English teacher, who hails from a family of artists, says he also tends to do his work in one take without revisiting a piece.

“I work very fast—what you see is usually the first one…I can usually get a likeness pretty easily. Of course groups I’ve seen many times I can draw almost in my sleep,” says Howard. Howard’s heavy portfolio of drawings included a range of artists from small Philly venues and outside festivals alike, featuring favorites like The War on Drugs, David Gray, Boy George, and many more. “People say that, you know, if you look at an individual picture, it’s one thing, but you see it all together and it’s a portfolio like that where you have like fifty or sixty pictures, it shows kind of the scope of the bands.” David Gray, illustrated by John Howard – with and without a bobblehead

Some of Howard’s work has been shared via social media by bands he’s drawn, such as this Facebook post from Philly supergroup In The Pocket.

Logging his experiences at the Free At Noon performances has become something of a ritual for Howard looks forward to: “I really enjoy the challenge of doing another picture every week.” Unfamiliarity with a band doesn’t deter him either; in fact, it’s one of the facets that draws him back.

“Rose Windows—the neo-psychedelic group—they were excellent! She [Rabia Shahee Qazi, vocalist of Rose Windows] was really good, she had a great voice. I didn’t expect anything from them and they were that good! And that’s always a thrill, to go to a concert and you don’t know anything about the group and you see them, and you love them.”

Featured below is a gallery of some of the artists’ work from performances at popular stages in Philadelphia, as well as a few from Philadelphia Folk Fest, Appel Farm and the XPoNential Music Festival. And of course, you might spot one of the artists themselves the next time you find yourself zoning out at a show. 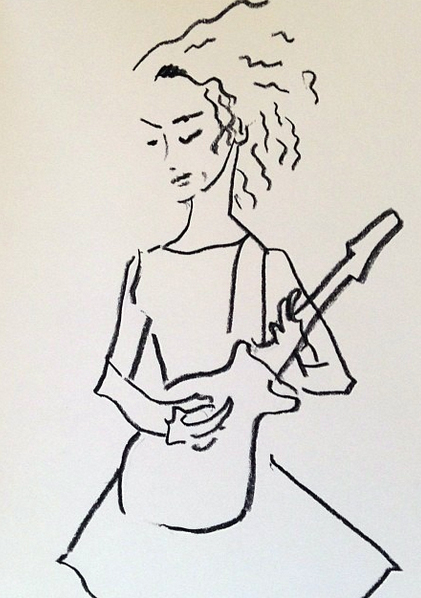 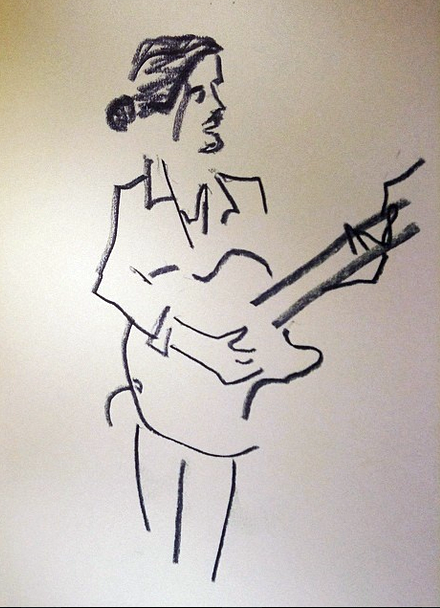 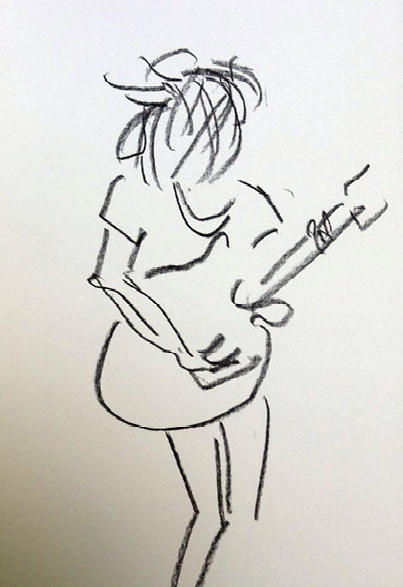 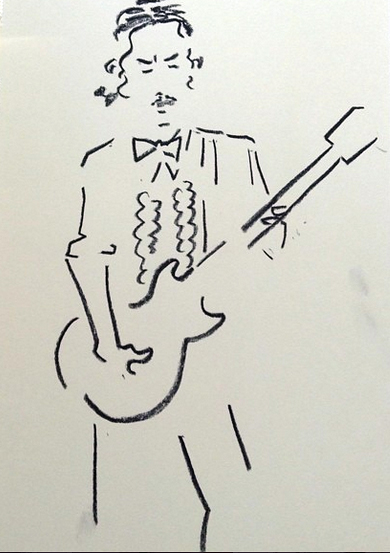 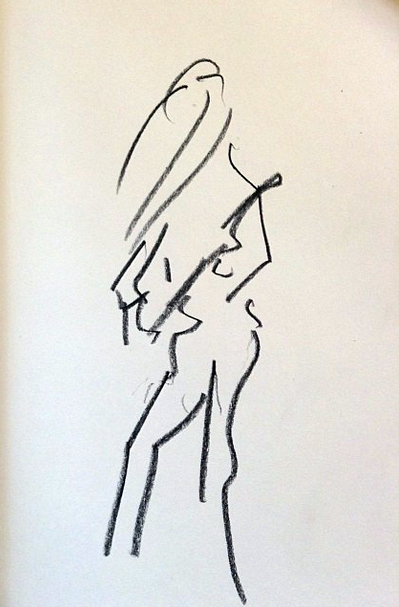