Unlocked: The Key's review of Painted Shut by Hop Along 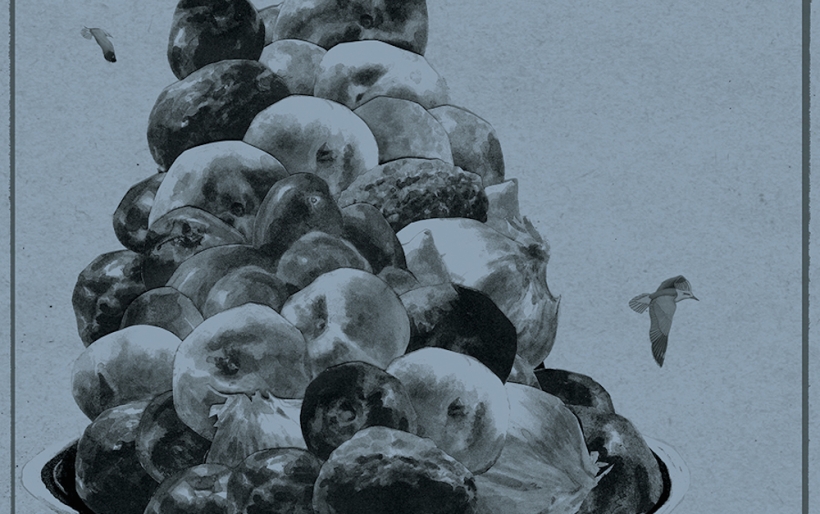 Unlocked: The Key’s review of Painted Shut by Hop Along

It’s Tuesday, meaning we’re at the part in our occasional Unlocked series where the person writing the series shares their review of the album we’re featuring. Thing is, we pretty much all love Hop Along and Painted Shut. So for today’s installment, we bring you our first-ever Key Staff collaborative album review. Enjoy!

Philly greats Hop Along have been hanging out in the shadows for quite some time. Although the band has been putting out exceptional music for the better part of a decade, they have kept a relatively low profile until now. Their new album Painted Shut, released this week on revered indie label Saddle Creek, introduces Hop Along to the masses. The album reads like a collection of short stories, leaving the metaphor and ambiguity of 2012’s Get Disowned behind and spinning narratives that pull you in like a great book.

The track “Horseshoe Crabs” exemplifies this beautifully. The song’s haunting melody perfectly accompanies the lyrics of loss illustrated through the lens of childhood memories about summertime adventures. Frontwoman Frances Quinlan reflects on memory throughout the album, memories that are pivotal to her – “Powerful Man” describes her fear and failure to intervene when, as a teenager, she saw a young child being abused by his father – but in some cases, the memories may not be the way others involved remember the situation.

Take “Waitress”: Quinlan blows up a frustrating, awkward scene in her head upon seeing somebody walk into her restaurant – “your friend looked over from the bar, she must have known who I was / the worst possible version of what I’d done” – but in reality, the people she’s waiting on may not have given the moment a second thought – “call you enemy because I’m afraid of what you could call me.” It definitely reflects that normal anxiety and overthinking self-consciousness that we are all prone to from time to time.

Of no minor significance is the band – Mark Quinlan’s propulsive drumming, fiercely barreling floor toms, pointed snare drum accents; Tyler Long’s understated bass, adding the mix a robust sonic depth; Joe Reinhart’s lead guitar commentary, echoing his work in Angernon Cadwallader and adding a classic rock sensibility to “Powerful Man” and “Texas Funeral.” That’s not to mention the gorgeous harp contributions from Mary Laittmore throughout the album (particularly on “Horseshoe Crabs,” yesterday’s featured track) and backing vocals from Chrissy Tashjian of Thin Lips. It all blends together in an immersive, impressive whole under the production guidance of John Agnello (who also did a great breakthrough album for Philly’s Kurt Vile, 2013’s Wakin On a Pretty Daze).

Most significantly, there’s Quinlan’s voice, which paints with pain and wonder. Brittle and sweet, her vocals are unlike any other, transporting Painted Shut to the depths of music memory that haunt and demand repeated listens. No one can deny her vocal power — it’s showy without showing off, both sweet and menacing. One of the most interesting and original in Philly and beyond, taking into account both male and female vocalists. At points, her vocals even outshine her lyrics; the idea or story behind a song like “Texas Funeral” sticks, but the words used to convey the story sort of just disappear into the force of sound.

But with Hop Along’s place on the roster of Saddle Creek, this makes complete sense. Home to Bright Eyes, Rilo Kiley and and Cursive in the early 2000s, the label became a welcoming space for singers with non-traditional styles but something significant to say. Painted Shut is a different record from the ones that defined those artists, for sure, but the aesthetic is right there.

Album standout “I Saw My Twin” is especially rich in detail and emotion. In it, Quinlan paints a “Tom’s Diner”-esque slice-of-life portrait of a Waffle House the band visited while touring back from MACRoCk in 2011. The waitress leaps over the counter to take a photo of a celebrity she recognizes, a nun sits in the corner booth, largely ignored – “it invites nobody in / it’s a Great Black Hole of Providence” – the waitress muses that she can’t stand watching old ladies eat anyway.

It’s the second time on the album where the central character is a waitress – a reflection of Quinlan’s between-albums gig in the service industry – and she uses the character here as an equalizing device. Everybody’s lives in this diner are drastically different, from the entourage in their silver tour bus (the backstory behind this song indicates that it may be Mac Miller and his crew), to the touring punk band in their van, to the young server who may never leave the diner community in West Virginia, to the elderly regulars. And yet they’ve all found common ground over waffles, coffee, and late night / early morning hours.

Frances Quinlan’s greatest strength as a songwriter is creating a narrative in every song that carries both visual and emotional resonance. When you listen, it places you viscerally within the situation, but you also feel a compelling and complex emotional response. Painted Shut is not an album of empty energy, passive prettiness or vague emotion; it draws you in and makes you a part of its world. It’s an album of everyday stories and floating thoughts that, spoken out loud, actually hold a lot of weight. In life, we can easily be so passive about them but Quinlan and the band face them head on, and bring us along for the ride.

Painted Shut is the featured album in this week’s installment of Unlocked. Listen to “Happy to See Me” in yesterday’s post, and check back tomorrow for videos, and later this week for a feature interview and more.