Watch The Chip Breakers new video for "Land Of Thieves" 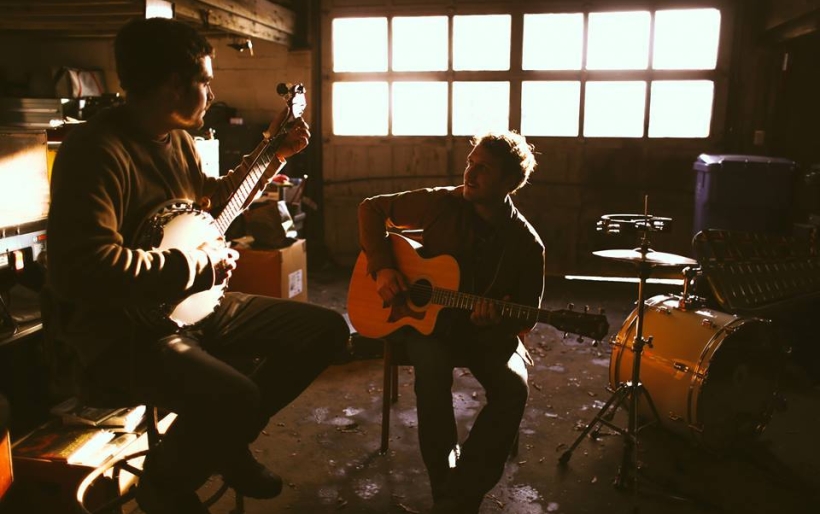 Meet The Chip Breakers, a South Philly folk duo that weave together compelling tales with soaring melodies and the sincerity that lies behind a strummed banjo. Consisting of Joe Miles and Tom Contarino, The Chip Breakers prefer to refer to themselves as an “aggressive acoustic band” rather than put a distinct label on the captivating music they create. Upon first listen of their self-titled debut EP, this is instantly apparent. The listener is met with a whirlwind of influences that defy genre barriers, harkening the likeness of The Felice Brothers, Frank Turner, and even The Black Keys.

“I’d like to think we draw inspiration from all over. There’s definitely mainstays we both look up to as songwriters –  Willie Nelson, Bob Dylan, Johnny Cash, Leonard Cohen. More modern people like Taylor goldsmith of Dawes, John McCauley of Deer Tick. Those are two bands we both really came together on a while back,” Miles and Contarino explain.

Their lyrics are brimming with imagery, and are a product of the project allowing for equal creative control from Miles and Contarino. “Our songwriting generally happens in two ways. It’s either where we both just sit down, jam some stuff and write together or we write alone and come to the other with a song. When we write together we start with anything from a single line to an overarching theme. There’s a lot of back and forth about ideas, places, friends, feelings, stories, etc. and we just kind of build off of that.”

Even though the project currently only contains two members, there is hardly a lack of energy in their performances. “Tom plays a kick drum and hi hat with his feet and switches from banjo, guitar, glockenspiel, vocals and harmonica and Joe does vocals and guitar. Our shows are really high energy and fun and we really work hard at the dynamic with what we have. We’re in the process of adding a bassist. We kinda just took a simple one step at a time mentality with this project.”

Recently the band released the music video for their song “Land Of Thieves”, which feature cinematic shots of the countryside and an old tape machine which brings upon a strange sense of nostalgia. Watch it below.

The Chip Breakers will be playing Kung Fu Necktie July 8th alongside Mail The Horse and The Wooden Sky, and tickets can be bought here.