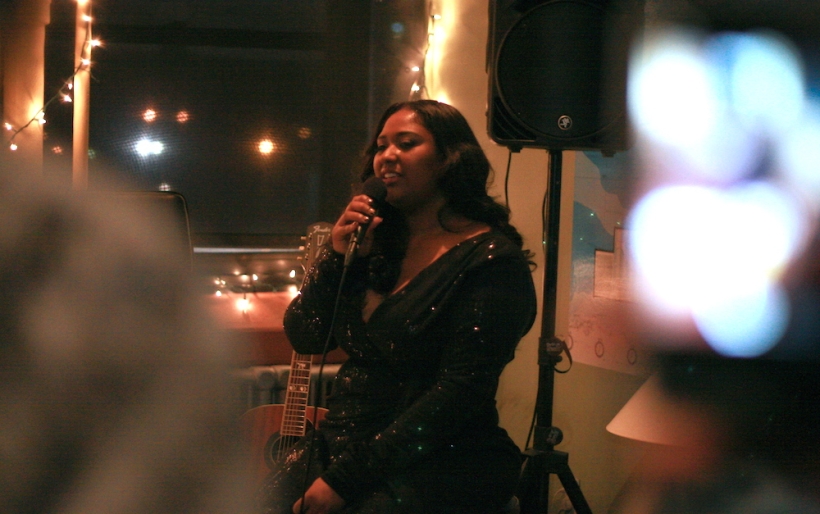 Yesterday the music blogosphere was abuzz with the announcement of Nina Revisited… A Tribute To Nina Simone, a new compilation honoring the jazz / blues vocalist and songwriter with new interpretations of her recordings – including Lauryn Hill’s much-shared, 7-minute rendition of “Black Is The Color Of My True Love’s Hair.”

Ms. Hill’s epic cover is  certainly worthy of the attention, but a handful of other teaser tracks are afloat in the ether as well, including a lively version of “Baltimore” by Philly’s Jazmine Sullivan.

The opening track of Simone’s 1978 album of the same name, “Baltimore” found the singer tackling a Randy Newman deep cut with an unexpected modern flair. Whereas Simon’s best known work had a sweeping, classic feel more along the lines of vocal jazz of the 40s and 50s, this recording found her inimitable voice guiding the way along a loose and funky backing.

In Sullivan’s cover for Nina Revisited…, she found the distinctive reggae rhythm at the song’s core and embellished one up, giving a heated urgency to the song’s lyrics about the search for hope when surrounded by poverty – lyrics that are as poignant today as they were almost 40 years ago.

Listen to Sullivan’s cover below, and contrast it against Simone’s original. Nina Revisited is out on July 10th.