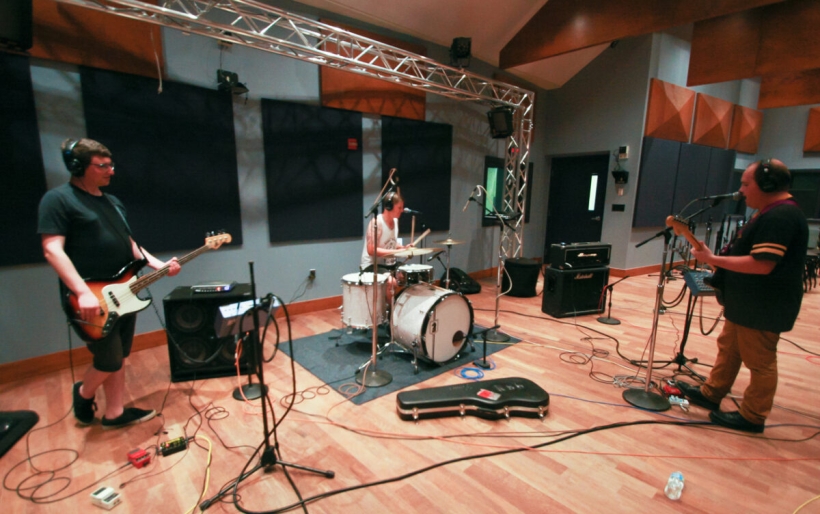 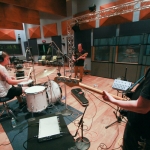 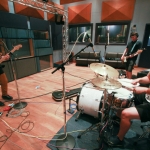 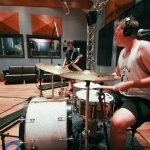 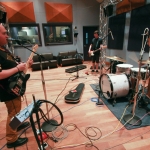 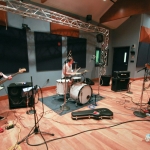 West Chester power trio Spraynard is having their second go as a band, and it sounds phenomenal. Regional punk scene vets Pat Graham (guitars / vocals) and Pat “Dos” Ware (drums / vocals) formed the band in the aughts and had a pair of cult fave LPs with 2010’s Cut and Paste and 2011’s Funtitled. Their cathartic, shout-along-at-the-top-of-your-lungs brand of introspective / extroverted punk made their shows feel like a community, and it teetered on the point where the band was beginning to look looking like it could be their full-time gig. But then some internal second-guessing and self-questioning put the breaks on that when they wrapped a three-month tour in 2012. (Graham opened up about that experience in this Q&A with Noisey last year.)

After a couple years in side-projects like NONA and Martin, the Pats decided to test the waters with a pair of reunion shows: one at Grand Slam USA in Malvern, for their superhometown crowd, and one in Philly in the basement of the First Unitarian Church. Both shows were a rousing success (check out our Megan Kelly’s photo-documentation of them) and with new bassist Jake Guralnik in tow, Spraynard set to work recording Mable, their excellent new record out on Jade Tree this month.

As we hear in this smokin’ set of live performances of Mable jams for this week’s Key Studio Session, the songs are pointed and propulsive. Just like it kicks off the album, the slice-of-existential-suburban-life jam “Applebee’s Bar” opens their set with a bang (and a seriously gripping swell of an intro). “Everywhere” races in a frenzy; “Bench” sees a symbol of heartbreak in a red seat in Everhart Park. The amped and energized “Pond” ruminates on insecurities and that wish we all sometimes have to disappear completely. But my favorite cut is the closer: “Out of Body,” which explosively and candidly details Graham’s feelings on aging. It’s the band’s memento mori, and it’s incredible.

As you can hear in this set, Spraynard mark 2 has an incredible live energy – almost all of these songs were nailed in one take – and they’re bringing it to the pre-tour Mable release party at PhilaMOCA this Sunday the 19th of July. Tickets and more information on the show can be found here; stream Spraynard’s Key Session below and download it for free over at Soundcloud.