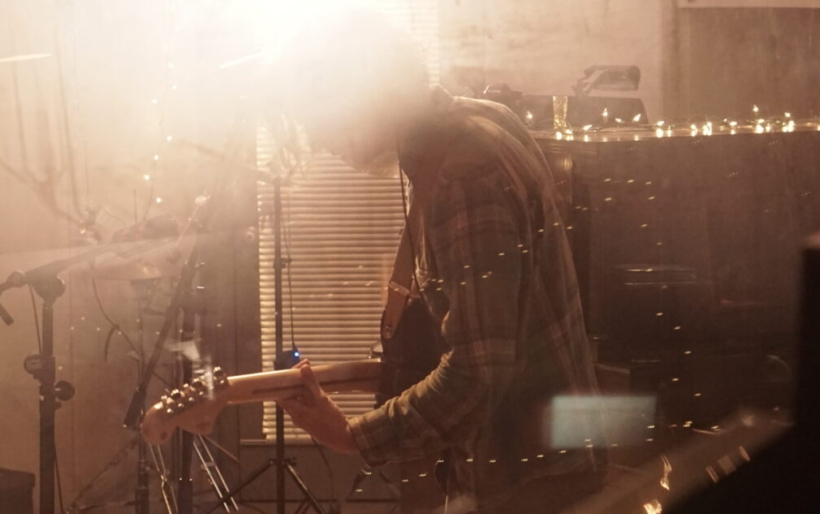 One of my favorite aspects of the innumerable cover song projects out their on the web is getting artists out of their comfort zone and breaking down the preconceived notions we’ve built up about them. Getting them to do do away with concepts like scene and genre and just focus on the idea of connecting with songs.

Our buds over at Root Down in the Shadow are well into their third season of their Philly-centric Cover Club webseries, and it’s already had some sweet entries – Hezekiah Jones doing a track by his good buddy Johnny Miles in the studio, Jersey’s Anthony D’Amato tipping a cap to Philly’s Marah along the Manayunk Canal on a windy Record Store Day.

Both those videos are great, but not necessarily far from the tree for either performer. Enter the latest episode of Cover Club, featuring XPoNential Music Festival artists Pine Barons. They’re typically regarded as a psychedelic crew with roots in classic pop (The Beatles, of course) and indie rock (Built to Spill) influences. But who knew they were into punked-out art-rock? For their Cover Club session recorded at Cambridge Sound Studios, released today, the band treated us to a howling rendition of “January 1979” by Upper Darby’s mewithoutYou from their 2004 LP Catch for Us the Foxes. “It’s different from our band and so fun to play,” the band told Root Down. “It encompasses being a high school student and wanting to yell.”

Watch it below, and check out Pine Barons’ full Cover Club Session over at Root Down in the Shadow – which also features an ace recording of their new single “Clowns” and a Soundcloud link to download all of Season 3 so far.

Pine Barons open the River Stage of the XPoNential Music Festival this Sunday, July 26th at noon; tickets for the festival are still available, more information can be found at XPNFest.org.