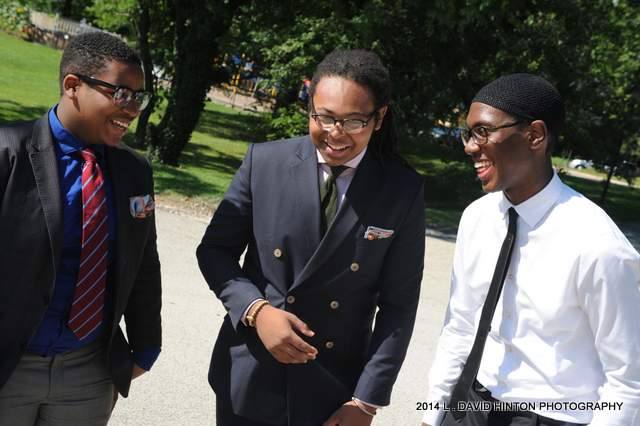 Philly has enjoyed a bumper crop of jazz prodigies in recent years, the roots of which can almost always be traced to the Clef Club of Jazz and Performing Arts on Broad Street. The Clef Club’s education program is run by the revered Lovett Hines, whose former students include notables like bassist Christian McBride, organist Joey DeFrancesco, and saxophonist Jaleel Shaw.

Another class of potential future stars is now making its way into higher education, and the Clef Club will celebrate them on Saturday with a concert titled “Philly’s Jazz Futures,” featuring an all-star band of local youth jazz talents. Led by bassist Nimrod Speaks, the band will feature saxophonist Immanuel Wilkins, about to start his first year at Juilliard; saxophonist Yesseh Furaha-Ali, entering his second year at Boston’s Berklee College of Music; pianist Jordan Williams, soon to begin his third year at George Washington university in Washington D.C., and drummer Nazir Ebo, who will continue to perform for Philly audiences for at least a few more years – already a veteran on the local jazz scene, Ebo is embarking on his freshman year of high school. He’s the younger brother of fellow drum prodigy Justin Faulkner, a Clef Club alum and member of the Branford Marsalis Quartet, who didn’t start making waves until the ripe old age of 13.

The Clef Club supplemented each of these musicians’ high school music education with exposure to seasoned players from the local scene, but through its youth jazz ensembles provided them crucial bandstand experience. “The Clef Club has basically taught me everything I know about running a small group and running my own band,” says Wilkins, who has recently performed with Clef Club-sponsored bands at City Hall and the Philadelphia Museum of Art. “Everybody that I know my age who plays an instrument in Philadelphia has come through the Clef Club. It’s been a great learning experience.”

Born in Overbrook and raised in Upper Darby, Wilkins dabbled in a variety of instruments, including violin, organ, and voice, before settling on the saxophone in third grade. He attended Upper Darby High School and studied with veteran saxophonist Dick Oatts, a professor of jazz studies at Temple University. Wilkins was twice selected to attend the week-long Grammy Camp Jazz Session, a program intended to introduce young musicians to the workings of the music industry.

Wilkins was attracted to Juilliard in large part due to Wynton Marsalis becoming director of the school’s jazz program in 2014. “For me, Wynton Marsalis is probably the biggest influence when it comes to knowing the whole jazz vernacular, the whole spectrum from the beginnings of jazz until now,” he explains. “He’s somebody who I really look up to.”

Also an Upper Darby High grad, Furaha-Ali is the youngest of 7 children, all of whom grew up playing instruments, but is the only one for whom the passion for music stuck. He decided on the ax after seeing the 2004 Ray Charles biopic Ray, which depicted Charles’ longtime saxophonist David “Fathead” Newman. Shortly thereafter, Newman played at the now-defunct Broad Street club Zanzibar Blue, and Furaha-Ali was there with his father. “At that moment, I knew I wanted to play the sax,” Furaha-Ali recalls. “And come to find out, one of my older brothers used to play sax back in high school, so I cleaned it off a little bit, took some lessons, and the rest is history.”

During his high school years, Furaha-Ali received a full scholarship to attend Berklee’s five-week Summer Performance Program, where he studied under jazz vets like drummer Terri Lyne Carrington. He returned the next two years and again, his path was settled almost instantly. “My first summer I already knew Berklee was going to be it,” he says. “I got to play with cats from Israel, Amsterdam, Spain, Brazil, Korea – I was able to express myself freely among many other cats from different areas of the world. Plus I was challenged and on my toes, so I felt like if I can feel that here, being in college it’s going to be even more.”

Williams was born in Germantown and raised in Cheltenham Township by a drummer father who initially introduced him to the kit. He switched to piano at the age of 7 and ultimately studied both jazz (at the Clef Club) and classical music (at Settlement Music School). After graduating from Cheltenham High, he earned a Presidential Scholarship for the Arts from George Washington University, which allowed him to pursue his love of music along with a major in engineering. He hopes to continue to pursue music – along with jazz he also plays R&B and hip-hop – while earning his Masters and exploring a career in bio-medical engineering.

“I’m a very religious person, and I believe God will make a way for me to be able to do both. For me to be able to work during the day as an engineer and do gigs and record at night. If I got the opportunity to go on tour with a well-renowned musician I would probably take a brief hiatus from my day job and join the music world, but I’d like to both for as long as possible. I’m still striving to be the best musician I can be and eventually tour, to get my name out there and be renowned as a working musician.”

To some degree, all three have their sights set on New York City for at least some period after their college years are finished. More than one referred to the city as a “jazz mecca,” and insisted, like so many Philadelphia jazz musicians before them, that it was essential to test their mettle there.

“Philly has a really rich scene,” Wilkins says, “and historically great musicians like Trane and Jimmy Heath lived here. Philly has its own vibe, so I feel like it’s really important to study here, but it’s definitely hard to get on the map staying in Philadelphia. Not a lot of musicians are staying, and it’s good to get out and come back.”

Williams adds, “Every musician, wherever you’re from, needs to go to New York at some point in time in order to make it in the music. Philadelphia is definitely a great place to live as a jazz musician, not only because of the history of the music but because the culture here is phenomenal, but as far as venturing out and being an international musician I would say you’d have to leave Philadelphia and explore.”

Aside from the practical advantages, leaving home has a perennial appeal to anyone of college age, as Furaha-Ali points out. “I don’t have to necessarily leave, but I would like to,” he says. “I want to be exposed to different things and different cities and hopefully travel the world.”

More information about Saturday’s event can be found here.