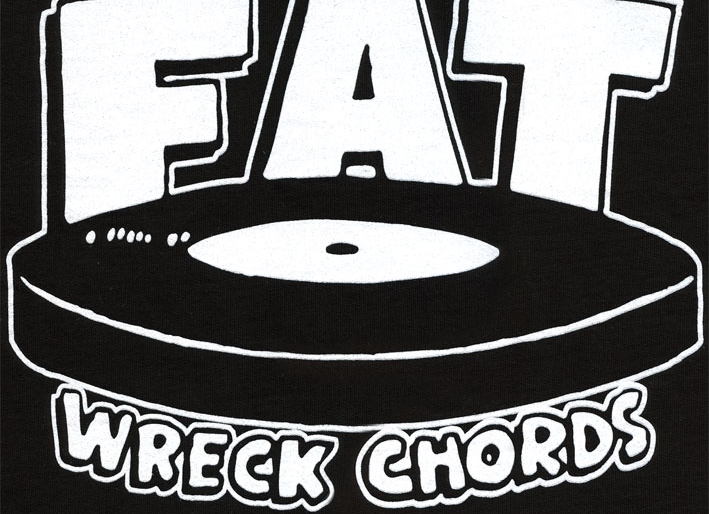 Time to get Wrecked. San Francisco based punk label Fat Wreck Chords has put together a special tour for their 25th anniversary which will be making its way to Festival Pier at Penn’s Landing this Saturday, August 17th. Founded in 1990 by NOFX frontman Fat Mike and his now ex-wife, Erin, Fat has become the nation’s largest independent punk label and has a roster of rad acts. But we get that a day full of eight high-energy bands can be intimidating, so we’ve created this guide to give you a rundown.

Masked Intruder – Although they hail from Wisconsin, these criminals have somehow picked up a New York accent. (Perhaps while doing time?) Their catchy brand of power pop is nothing short of fun. Just don’t leave anything worth stealing around them…

The Flatliners – This Toronto band released Division of Spoils last week, an album comprised B-sides and outtakes. Even their songs that didn’t make it on to previous studio records still pack a serious punch.

Lagwagon – What would a party be without the original? Lagwagon was the first act to sign to Fat, and after almost a decade without releasing new material are back with 2014’s Hang. They perform 90s skate punk tinged with old school metal influences.

NOFX – A name that has become synonymous with the modern punk scene, NoFX formed in 1983. With twelve studio albums under their belt, they don’t appear to be giving up anytime soon. Churning out legendary punk anthems, their set will be a must-see, but perhaps not for the politically correct. What would you expect from a guy who calls himself Fat Mike?

The Fat Wreck 25th Anniversary Tour comes to Festival Pier at Penn’s Landing on Saturday, August 15th. Tickets and more information can be found at the XPN Concert Calendar.