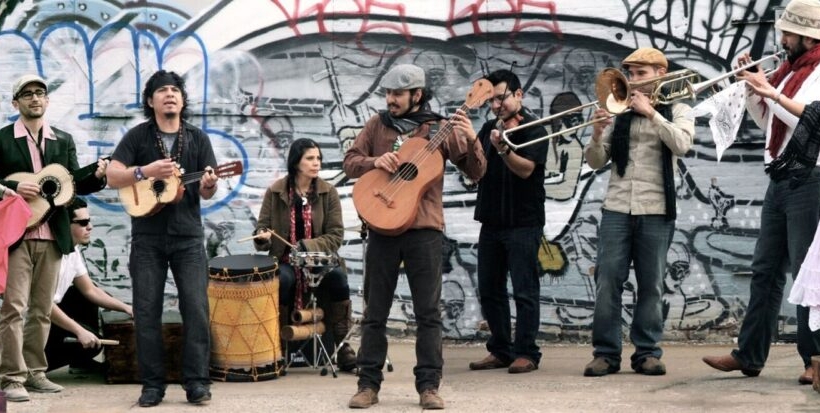 One of Philly’s hidden gems, the Wagner Free Institute of Science is a place out of time. Celebrating the 150th anniversary of the opening of its building and museum, the Institute has remained essentially unchanged since the late 19th century, offering visitors a glimpse of the Victorian era approach to the study of the natural sciences.

The feeling of the past coexisting with the present appealed to Brooklyn-based artists Angel Nevarez and Valerie Tevere. The pair were fascinated by Chris Marker’s influential 1962 film La Jetée, with its storyline about time travel and fate (which also inspired Terry Gilliam’s 12 Monkeys) unfolding in a series of (mostly) still black and white images. At one point during his travels, the protagonist finds himself in a “museum filled with ageless animals” much like the Wagner.

That’s only one of myriad echoes that Nevarez and Tevere have in mind for Memory of a Time Twice Lived, the film that will eventually result from several years of visiting and shooting in Philadelphia. One component of that film will take place on Wednesday night at the Wagner as Prelude to a Memory, a live performance by the Mexican-American band Jarana Beat, which fuses folkloric Mexican music with more modern influences. The footage that the artists film on Wednesday will be incorporated into the film, which will then be premiered at the Wagner and become part of an exhibition of the duo’s work at the ICA next year.

On Wednesday, Jarana Beat will reinterpret Victorian-era songs that were originally performed at musical salons in the Wagner’s lecture hall. “Part of our research at the Wagner was searching through their archives and looking at some of the early ephemera,” explains Tevere. “We came across a couple of programs from musical performances in the mid-to-late 19th century. A lot of our practice is looking at music and thinking about its transformative potential, so we wondered what might happen if we took these Victorian-era pieces and transformed them in a Mexican traditional style.”

In the past, the artists’ work has included a Mariachi band covering Joy Division’s “Transmission” in Guadalajara, Mexico; transmitting Siouxsie and the Banshees lyrics via Morse code; having three different bands in Austin, Texas, performing the same original song on the steps of City Hall; or setting up a karaoke singalong of protest songs on a literal soapbox. The focus of Memory of a Time Twice Lived is on the history of the accordion as a migratory instrument, originating in Germany (as did the family of the Institute’s founder, William Wagner) and becoming the focus of Norteño and Tex-Mex bands in Mexico and the southwestern United States. That research led them to the accordion-producing town of Castelfidardo, Italy, whose ornate instruments have become an important visual element of those bands.

“This ultimately led us to ideas around immigration, specifically Mexican immigration into Philadelphia,” says Nevarez. “We thought this could be an interesting way to tie the past in with the present and think about ideas around history and memory. The link between the accordion and German immigration is the concept of polka music, which a comes out of Europe, expands throughout the world, comes to the Americas, and then is transformed into Tex-Mex or Norteño music by fusing itself with other identities, specifically Mexican or Latin American identities.”

Nevarez and Tevere enlisted the New York-based Jarana Beat to interpret the Victorian songs they’d seen on the programs in the Wagner’s archives through the lens of their own traditional Mexican, Afro- and Amer-Indian influences, giving them free rein. That, along with the presence of a public audience for the shoot, is attractive to the pair, who incorporate John Cage’s theories of chance into their work.

“It will be interesting to see how Jarana Beat is able to transform this music,” Nevarez says. “The rest of the audience will be as surprised as us. And when you set up something in a public space, you never know who’s going to come in and out of the frame. You have to give up control and see what happens by chance. This is where our Cageian interests come in, giving up your artistic work to see what can happen and how things shift.”