PREMIERE: Up The Chain turns the juice on for "Sidecar" - WXPN 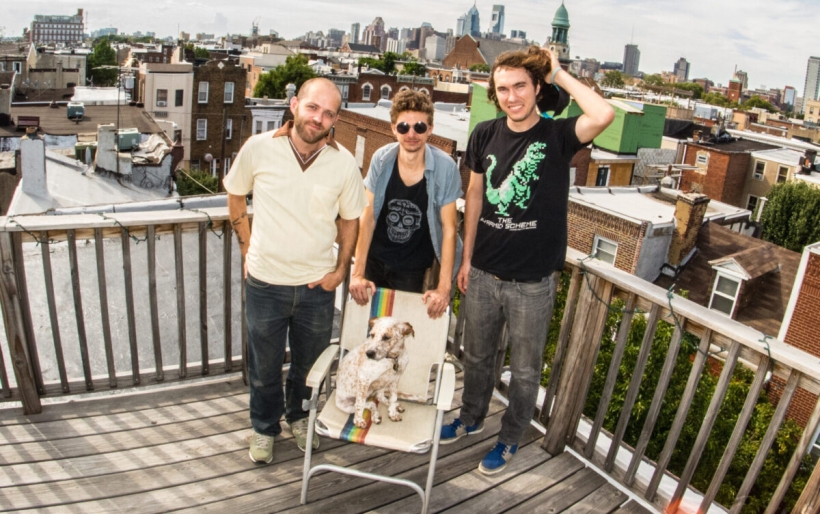 Up The Chain | Photo by Ali Brant | courtesy of the artist

PREMIERE: Up The Chain turns the juice on for “Sidecar”

Philly singer and songwriter Reed Kendall and his band Up The Chain have always been spoken of interchangeably.

“[Up until this year], it was essentially a solo project with a lot of loyal compadres helping out,” Kendell tells me. “It wasn’t a band in the sense of being the others’ first priority. But I even hesitate to say stuff like that, because their contributions were incredible. All the guys I played with are fantastic, and every time I played a show, it felt like a band.

Kendall pauses, and continues: “But at the end of the day, when I wanted to do something, I’d see who was available. And if people weren’t, the show went on.”

This approach served Kendall well on his 2011 debut full-length Holy, Open, Drying Road, and the followup LP Seeds and Thorns, released in November of 2013. Gusts of spectral Americana mixed in blues, soul and southwestern swampy sounds to give the records and shows a nice Tom Waits / Kris Kristofferson / Randy Newman vibe: husky and mysterous, but with an impeccable pop sensibility. This spring, Kendall locked in the trio of Noah Skaroff on bass and Kirby Sybert on drums and released the EP Windows Into Worlds, the first release from Up The Chain as a full-time power trio.

Today, we bring you the first song from their third full-length: the raw and rambling “Sidecar,” which we heard an early version of in Up the Chain’s Key Studio Session back in 2014.

“Sidecar” was originally written for Kendall’s short-lived side project with Ron Gallo and Mike Bauer, the founding duo behind Philly’s Toy Soldiers. The band was called Charles Barkley’s Golf Career, “because that’s how good we thought we were,” and they wanted a riff-based song to fit that early Toy Soldiers sound. It’s not specifically about the Sidecar Bar in Grad Hospital, but it was written when Kendall’s good friend Ali Wadsworth was living around the corner from there, and they hung out there a lot. “So it sunk in like that.”

That experience got Kendall thinking about exploring new sounds with his own music, and when “Sidecar” became part of the Up the Chain setlist, it helped shape the band’s new configuration. On the new songs, he’s playing electric guitar for a first time – “but not like a dude who plays acoustic transitioning to electric.”

I laugh and ask what that means, and Kendall explains: “acoustic players tend to lean towards strumming, using a strong right hand, keeping the beat too much versus allowing more space, and focusing more on tone than rhythm.” The latter is what he aims to do in Up The Chain’s new music. He’s also taking solos for the first time.

“I never thought to do it before,” Kendall says. “Avery [Coffey, longtime UtC collaborator] is one of the best guitar players I’ve ever seen. Why would I take a solo? Now I do it, and I love it.”

Another round of recording toward the full length is planned in November, with Kendall’s bandmates contributing songs for the first time; the LP, titled The Prison Break, will be out in March of next year. In the meantime, Up The Chain is going on a European tour this fall, and is playing a bon voyage gig this Tuesday, September 22nd at Bourbon and Branch with The Dawn Drapes and Tiger Left, Tiger Right. Tickets and more information on the show can be found at the XPN Concert Calendar.