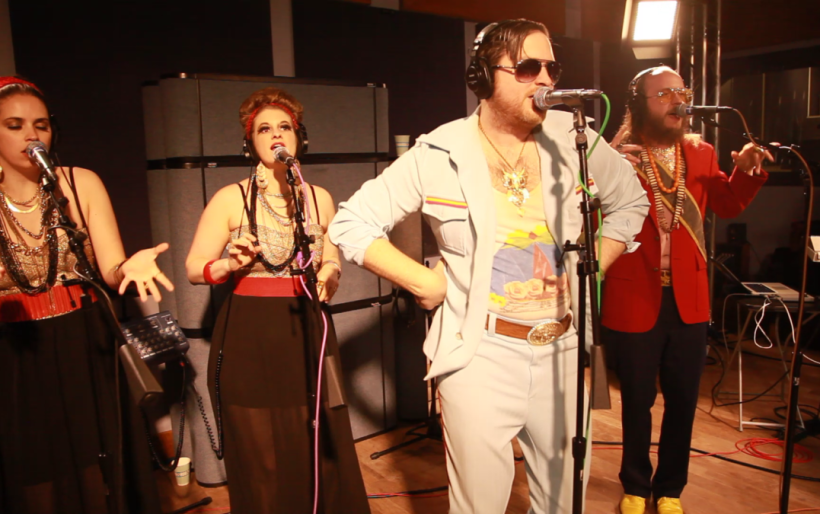 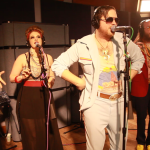 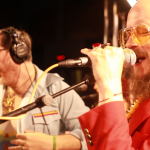 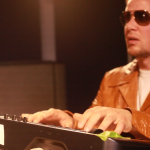 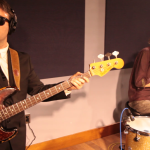 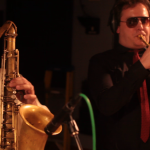 Like many Philadelphia things absurd, wacky and theatrical, Johnny Showcase (the man / the band) got its start during Fringe Festival season. Conceived in 2009 by performance artist David Sweeny, the show was billed as “a Prince-themed odyssey” featuring Sweeny / Johnny performing alongside backing singers Rumi Kitchen (aka Michael Baker of The Spinning Leaves) and The Truth (actually two people, Adrienne Mackey and Liz Filios), as well as a band of Philly all-stars flexing their disco / funk muscle with a healthy dose of absurdist lunacy. Thing it, as jokey as it seems, the ensemble takes it completely seriously; the show went over hugely and Johnny Showcase continued forth with a regular gig at World Cafe Live upstairs, decked out in recycled 70s garb, aviator shades, gold chains, mousse, chest hair, and sick, sick musicianship.

It released an LP in 2011 called Love is the Message – featuring the notorious “Cocaine Sandwich” – and returned in 2012 with an EP called Mystic Ticket I: The Pump Fake – which gave us the ridiculous / awesome music video for “Sensual Parts 1 and 2.” My go-to comparison is Midnight Vultures-era Beck, since there’s obviously some degree of tongue-in-cheekiness to it, but reverently so. As I said when I first encountered the “Sensual” video, to play the funk this believably, you’ve got to mean it to some degree. And when our Key Studio Session wrapped up, and Sweeny / Johnny – soaked through with perspiration – gave me a huge hug and a hearty thank you, I had no doubt that he meant it.

The songs you hear in the session (which you can download below) are all from The Octopus!, Johnny Showcase’s latest LP, due out on October 6th. They celebrate its release on October 16th at Underground Arts, and will give Philly a taste of the madness when it plays The Key’s Waterfront Sessions at the Blue Cross RiverRink tonight with jazz-funk jammers Darla. The show is free and begins at 8 p.m.; the forecast is looking gorgeous, and you’ll be able to watch the band while skating or standing to the side. (It’s music custom designed to rollerskate to, after all, but skate safe, everybody!) More information on tonight’s show – and the Underground Arts show – can be found at the XPN Concert Calendar, and The Octopus! can be pre-ordered from the band’s website.