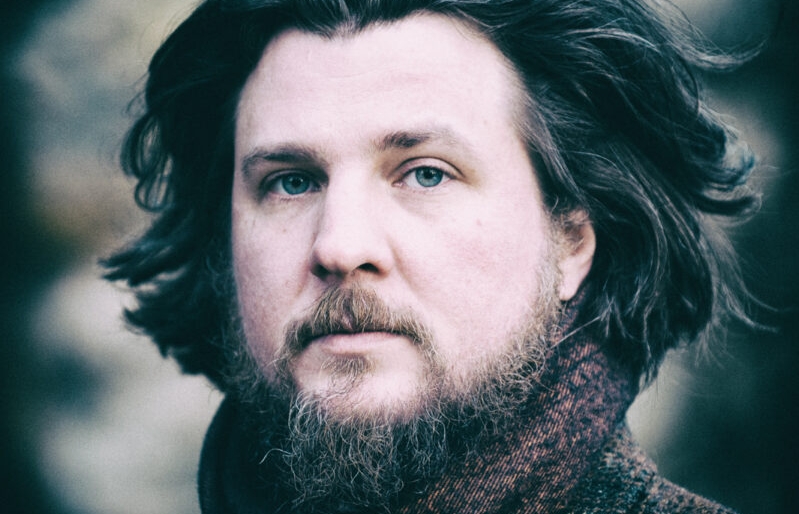 photo courtesy of the artist

For much of the 20th century, canaries were carried into coalmines as early warning systems for noxious gases, their faster metabolisms making them more susceptible to environmental hazards. Record collector and music researcher Ian Nagoski saw a parallel between those ill-fated birds and his own digging through record shops and flea markets when he decided to name his vinyl-only reissue label Canary Records in 2009.

“The canary in the coalmine had the highest level of sensitivity to its environment, which I thought was a metaphor for the best part of what I do,” Nagoski says. “I do research on old recordings and pay attention to stuff that other people aren’t paying attention to.”

But canaries also hold another fascination for Nagoski: their songs make up a significant part of a once-popular, now largely forgotten genre of recordings, animal sounds and human imitations thereof. On Friday, the Wilmington-born, Baltimore-based researcher will discuss his discoveries and play examples with a Bowerbird-sponsored presentation at the Rotunda, “Ecstatic & Wingless: Bird-Imitation on Four Continents.”

The lecture and listening session shares its title with a new Canary Records release documenting humans imitating birdsong from France, India, Australia, and the United States. Like all of Nagoski’s releases, it’s accompanied by exhaustively-researched notes tracing the history of the curious genre as well as the honing of canary song by artificial selection – perversely making the birds’ mating calls more attractive to bird fanciers but wholly unappealing to female canaries.

Nagoski got his start in collecting as a teenager in Wilmington, poring over the selection of 78rpm records at a local flea market. On his first excursion, he brought three enticing titles at a dime apiece: picked out three: a Montgomery Ward-issued Carter Family record, a Japanese-language record that had been made in Hawaii; and a record by the Yiddish klezmer-swing duo The Bagelman Sisters.

“I was looking for early jazz and blues and country but not finding a lot of Charley Patton and King Oliver,” Nagoski says of his early forays into the bins. “What I was finding was a ton of records in Greek and Polish and Italian, bagpipe records, immigrant material – what turned out to be a major interest that’s taken over my life over the last ten years. The stories I’ve told and the rabbit holes I’ve gone down have all been a function of dealing simply with what was staring me in the face.”

Much of Canary’s catalogue is made of such recordings: Greek, Turkish, Balkan, and Kurdish folk music, Southeast Asian funeral music, Brazilian folk songs. But occasionally he delves into more arcane corners of the history of the record business, as with his animal imitation and laughing record – exactly what it sounds like – releases.

The ten-cent price tag on his earliest finds remains significant in steering his interests, Nagoski explains. “I can’t pay much for records, so the stuff I get has to be cheap or I have to stumble across it. This project was perfect, because nobody wants these records. The leftover junk, the records that other record collectors didn’t want, are the ones that were accessible to me. I’ve found from time to time that there are some really good ones in there that other people haven’t gotten around to noticing yet.”

While animal imitation records in general tend to be rare, birdsong 78s were so popular that they remain easy to find. More difficult is unearthing something as interesting as the tracks on Ecstatic & Wingless. “The problem is that in most recordings, the bird imitators are accompanied by a cello or piano playing some horrible, schlocky sentimental song,” Nagoski says.

Still, sifting through the dross for treasures of human-generated birdcalls appealed, in part because it’s been a refreshing break from the tragic tales related in so much of the world’s folk music. “If you spend a lot of time listening to early 20th century music,” he says, “you wind up learning lots of stories that have to do with human exploitation and war and murder and genocide, because that’s a lot of what was going on during the first half of the 20th century. I thought it would be nice to learn and tell some stories that have to do with a subject that’s a little more pleasant.

“The idea of people imitating animals also appealed to me because I come from a background of experimental electronic music, and the fact is you can’t get much weirder than just trying to be an animal.”

Which is something that humans have done, Nagoski asserts, “probably since before there was anything we would call music or language.” Which begs the question not why these strange-seeming records existed in the first place, he says, but “why don’t they exist now when for tens of thousands of years human beings have imitated animals to amuse one another? I’d love to go into a record store and see a little bin for animal imitation records.”