Andrew Lamb Trio will perform free concert at The Rotunda 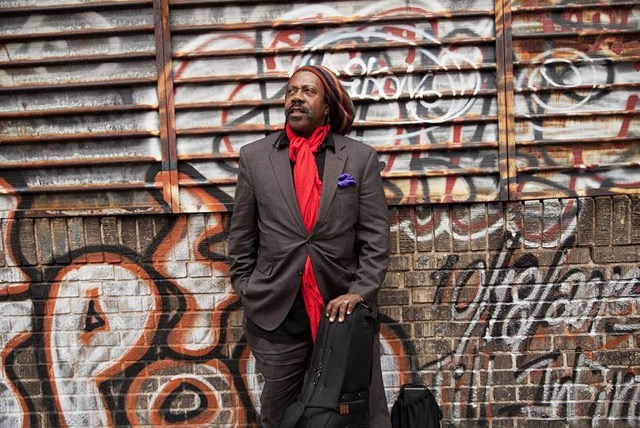 Andrew Lamb Trio will perform free concert at The Rotunda

Though his career stretches back nearly 40 years and intersects with some of the most innovative minds in modern jazz, Andrew Lamb has remained largely unheralded. In part that’s due to his own relative silence: though he emerged onto New York’s avant-jazz scene in the mid-70s, the saxophonist and flutist didn’t make his recording debut as a leader until 1994, with the dark-hued but relatively straight-ahead Delmark album Portrait in the Mist. It took him almost another decade to follow that up, with 2003’s more free-flowing Pilgrimage. He’s expanded his catalogue with a few more releases since then, but still maintains a low profile, though he regularly appears with like-minded compatriots at New York’s annual Vision Festival.

All of which makes this Philly performance, which wraps up Ars Nova Workshop’s 2015 calendar, a particularly special occasion. Lamb will lead his trio, with longtime collaborators Tom Abbs (bass, tuba) and Warren Smith (drums, percussion) on Monday night, December 21st, at the Rotunda in a free performance. Expect a free-ranging trialogue marked by diverse textures and primal expression, as the trio showed off on its most recent album, New Orleans Suite (though the emotions may not be quite as raw as on that Katrina-inspired session).

Lamb was mentored by the late saxophonist Kalaparusha Maurice McIntyre, a charter member of the influential Association for the Advancement of Creative Musicians (AACM) in Chicago. Lamb later played in large ensembles led by bassist Alan Silva and legendary pianist Cecil Taylor, and in several small bands with bassist Henry Grimes.

More information for this free performance can be found here. Listen to “Song of the Miracle Lives” below.