Residents doc Theory of Obscurity to screen at IHP 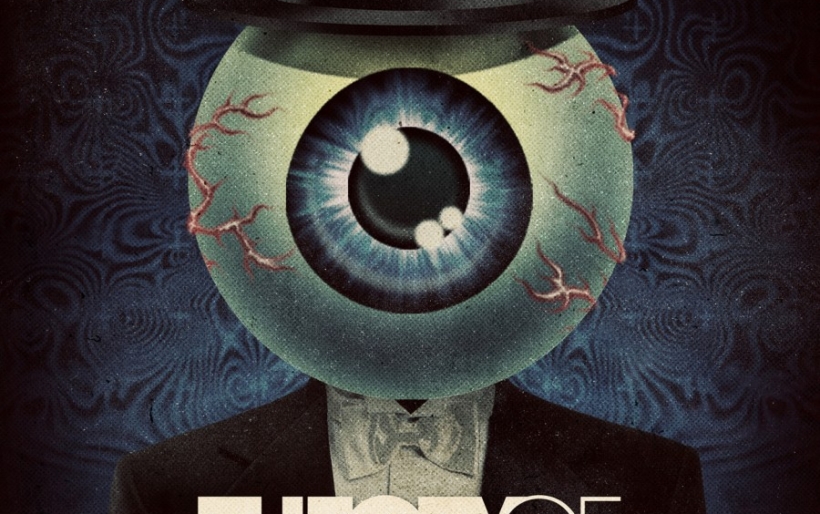 Residents doc Theory of Obscurity to screen at International House

The first question that filmmaker Don Hardy, Jr. was inevitably asked whenever he told people that he was working on a documentary about the legendarily mysterious Residents was, “You’re going to reveal their identities, right?” In most minds, any film purporting to tell the four-decade story of the anonymous Bay Area weirdoes had only one possible ending: the unmasking of those top-hatted eyeball heads.

It’s not really spoiling anything to reveal that Theory of Obscurity, which will have its Philly premiere at International House for a single screening on Wednesday, Jan. 27, doesn’t go so far as to put faces and names to the Residents. As always, the band is spoken for by Homer Flynn and Hardy Fox, co-founders of the Cryptic Corporation, friends of the band who’ve managed their careers and maintained their public faces from the beginning. The true story of the reclusive creators is left to be glimpsed between the lines of their ever-evolving mythology.

“I never really thought that would be something I’d want to do,” Hardy says about revealing the Residents’ identities. “The further I dug into the archives and interviewed the people that they’ve worked with for all these years, it became clear pretty quickly that who they are isn’t really all that important. It’s more about a collective spirit that I gravitated toward.”

What is known about the Residents is that they originally hail from Shreveport, Louisiana, and that they struck out for the Bay Area in the late ‘60s in thrall to such idiosyncratic creators as Captain Beefheart and Harry Partch. Hardy digs up archival footage showing the band’s irreverent invasions of folk-club open mic nights, already sporting aliases and disguises.

Over the next 40-odd years, they recorded mutated pop songs (The Commercial Album), deconstructed rock and roll (The Third Reich ‘n Roll, The American Composers Series), created an imaginary folk music (Eskimo) and a multi-part opera about warring cultures and their pop idols (The Mole Trilogy). They’ve been early experimenters of technologies ranging from videotape to laserdisc to CD-ROM, often undertaking ambitious projects doomed to the rapid obscurity of their formats.

“They’re almost like scientists,” Hardy posits. in a way. “They tinker with technology and sound and visuals, and it very much is a collective approach where there’s no bad ideas. Especially in the early days, there was a sense of fun and, as Homer Flynn says in the film, naïveté, where they didn’t know what they couldn’t do. I think we’re so driven in our culture by the end result, which could be winning an Academy Award or getting a million hits on YouTube. I don’t think the Residents have ever or will ever think about things in those terms.”

Hardy was only vaguely familiar with the Residents when he was connected with the band, but rapidly became fascinated with their work and gained the trust of the Cryptic Corporation. In a coup for longtime fans, he conducted interviews with Cryptic co-founders John Kennedy and Jay Clem, who broke with the band following the financially disastrous Mole Show tour. The film also includes interviews with such famous fans and collaborators as Penn Jillette, Simpsons creator Matt Groening, Primus’ Les Claypool, and members of DEVO and Ween.

Hardy hooked up with the band just in time for their 40th anniversary tour, during which they took the rare opportunity to look back and tell stories, however shrouded in half-truths, from their past. Theory of Obscurity does an even better job of delving into that murky history, and in the end Hardy’s right – the names behind the masks wouldn’t be nearly as revelatory as the commitment and artistry that’s allowed such an off beat group of artists to survive for more than 40 years. “If you’re hiding behind something,” Hardy concludes, “you can really be whatever you want to be.”