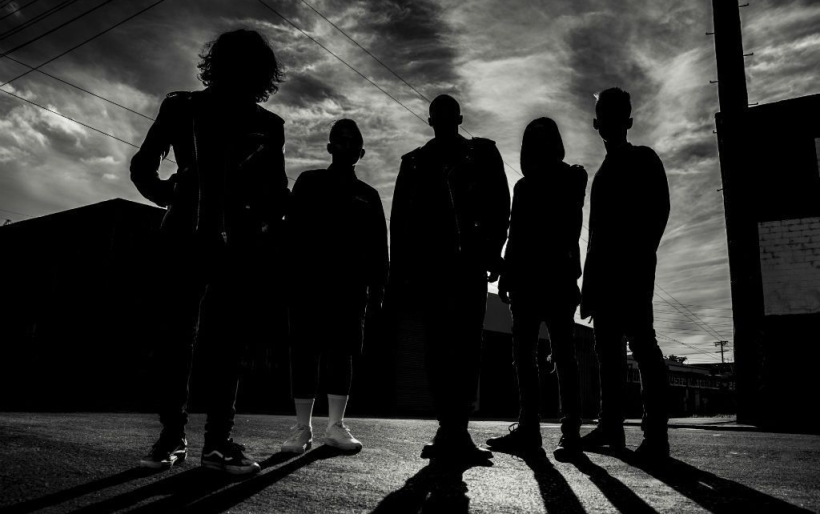 Philly-born artist Gilbere Forte made his name locally as a charismatic rapper, but when his PRAY mixtape made a lot of noise in the hip-hop world, Forte became a traveler of sorts, spending a lot of time in Paris and LA, eventually picking up a deal with Epic Records.

That was in 2013, and in the time since, Forte and his production collaborator Raak linked up with drummer Nick Audy, DJ Helly and guitarist Boris Likharev to form the sleek and eclectic pop outfit HUNTR.

Their first single as a group is called  “Find Myself,” and it was premiered over at Okayplayer this week – it’s a mix of so much awesome. Soaring melodic synthesizers, chamber cello, anthemic hooks, a Bonham-esque drum-beat that gives way to a trap rhythm, fierce rhymes from Forte, and of course impeccable production.

Listen below, and keep tabs on HUNTR’s Twitter for more news and updates.