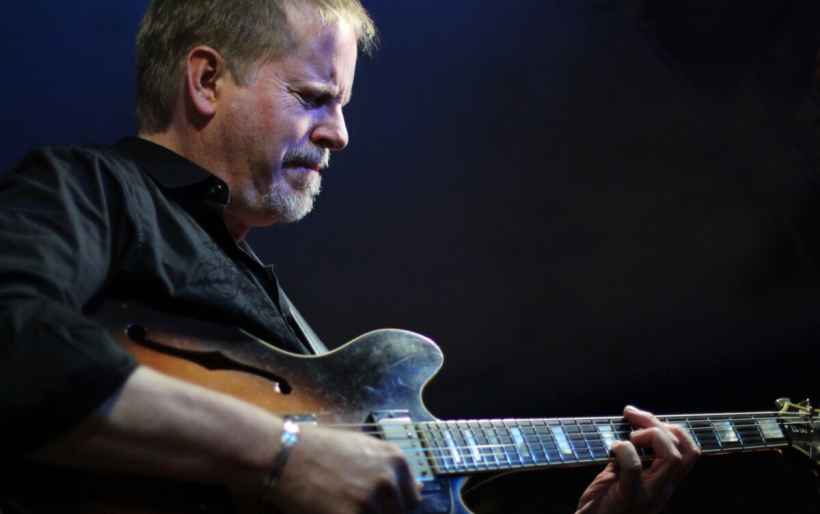 Dave Stryker | photo by Chris Drukker | courtesy of the artist

With more than 30 albums to his name as a leader or co-leader, it’s safe to say that Dave Stryker is comfortable in a wide variety of musical settings. But his most natural environment seems to be the pairing of his guitar with saxophone. He first came to most listeners’ attention through his tenure in late tenor giant Stanley Turrentine’s band, an experience Stryker revisited on last year’s Messin’with Mister T. His latest release is Routes, his fifth with the Stryker/Slagle Band, in which he shares the frontline with alto saxophonist Steve Slagle.

(The organ group is also friendly territory for Stryker, who began his career with legendary organist Jack McDuff.) Potter is a modern master of his instrument, an influential voice who has worked with such innovators as Pat Metheny, Paul Motian, Dave Douglas and Dave Holland as well as leading his own groups, most notably the electric quartet Underground. Potter was one of ten saxophonists who helped Stryker pay homage to his former mentor on Messin’ with Mister T, turning in a powerful rendition of John Coltrane’s “Impressions” that offers a tantalizing glimpse of what this performance might promise.

Dave Stryker performs at Chris’ Jazz Cafe on Saturday, February 20th. Tickets and info on the show can be found here.