Lil Uzi Vert is a name that’s been on the lips of hip-hop prognosticators for the past year and change. His rabid fans and the hype they create has led to more than a few “next big thing” proclamations, and one look at his performance from Roots Picnic shows you just why. The 21-year-old, who hails from the Francisville section of Philly, was in the midst of his song “WDYW” – a hammering rager with a clubby beat – when he decided to take shit, literally, to the next level.

The account of it by Okayplayer’s Elijah C. Watson is particularly vivid.

This is it. The turnt-the-fuck-up bubble is about to burst, and Vert knows exactly what to do. He climbs alongside a boxcar next to the stage. “One, two, three, four” his DJ screams as the bass booms across the Festival Pier. …

The song returns to the hook and Vert stretches the microphone out over the crowd, encouraging everyone to scream the words at him as loud as they possibly can. They do. Vert inches closer towards the edge of the box car, as if he’s about to jump into the audience.

He doesn’t jump, though, and Okayplayer gives him a little bit of smack for it — but if you watch the video below, you’ll agree: this dude can command a crowd like a hip-hop Iggy Pop.

Lil Uzi found himself in another lofty position this spring as he landed a coveted spot on the coveted Freshmen Cover of hip-hop bible XXL. Joining him is Cheltenham-bred rapper Lil Dicky – so for those keeping score, that’s two local faces being transmitted to a massive national audience here. Pretty awesome. Now if it was just a little less of a dudes’ club, XXL would be set. 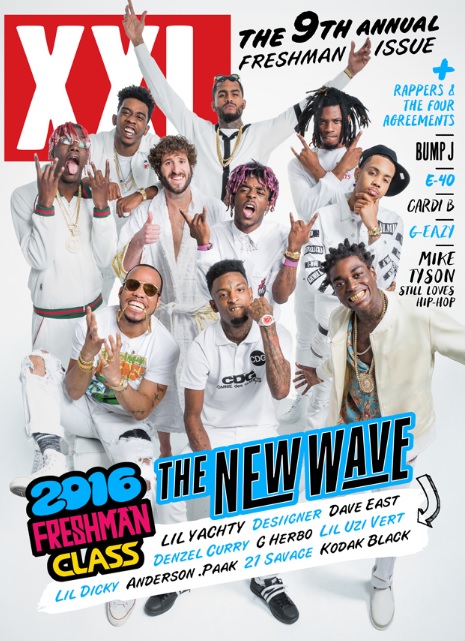