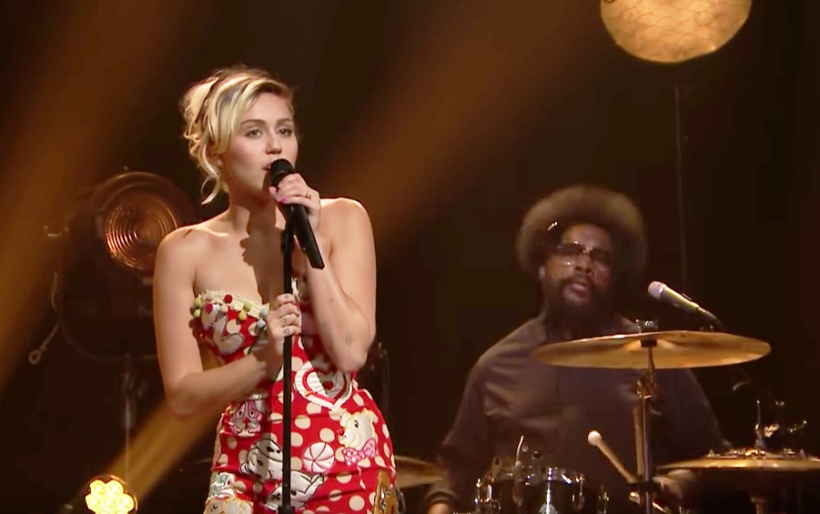 Miley Cyrus recently appeared on The Tonight Show with Jimmy Fallon, performing a cover of Bob Dylan’s “Baby I’m In The Mood For You.”

While Dylan wrote the song, which was on The Bootleg Series Vol. 9: The Witmark Demos: 1962–1964, Cyrus based her cover of it on folk singer Odetta’s version of it from her 1965 Odetta Sings Dylan release. The Roots stripped down to and acoustic set up on the song, with Captain Kirk Douglas playing acoustic guitar, bassist Mark Kelley on upright bass and Questlove behind the kit playing with mallets.

Below, listen to all three versions of the song, including Cyrus with The Roots.