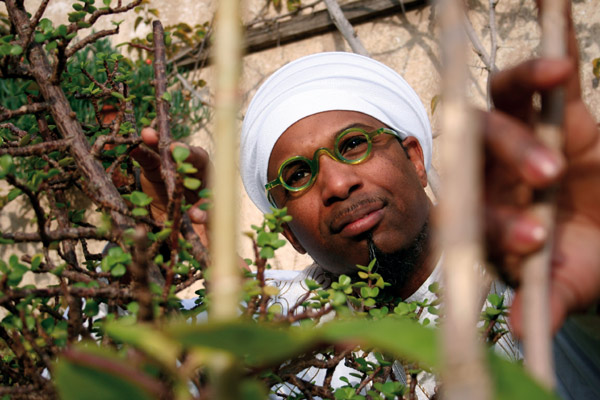 Thanks to an unexpected confluence of shuffled schedules, pet health scares, and weather-defiant vacation planning, it seems my wife and I will be heading up to New England the day after Thanksgiving. We’ve decided to fully embrace the coincidence, so that Saturday we’ll be sitting down for a second, (relatively) period-accurate holiday supper at Plimoth Plantation, the Williamsburg-like “living history” recreation of the Pilgrims’ first settlement, presumably surrounded by buckle-shoed and feather-headdressed reenactors.

That of course means that I’ll be missing out on the Philly jazz scene’s own venerable Thanksgiving tradition, guitar great Pat Martino’s weekend-long stint at Chris’ Jazz Café. This year he’ll lead his quintet, with his regular triomates, organist Pat Bianchi and drummer Carmen Intorre, supplemented by tenor saxophonist Adam Niewood and trumpeter Alex Norris. In the spirit of the season, Martino’s guitarist wife Ayako has been known to sit in as well.

That spirit of family togetherness and communion is woven throughout many of the month’s jazz highlights, in fact, beginning this Friday with the first-time meeting of two second-generation jazz greats. The always-joyous and open-eared saxophonist Joe Lovano (son of stalwart Cleveland tenorman Tony “Big T” Lovano) and legendary Cuban pianist Chucho Valdés (whose father was the equally influential Bebo Valdés) will share the stage for the first time ever at the Merriam Theater. Born a decade apart, both men have followed similarly eclectic paths: Valdés has been renowned as one of the pioneers of Afro-Cuban jazz for the last half-century while also founding the adventurous and ground-breaking ensemble Irakere; Lovano has brought his brawny, robust sound into myriad settings over his long career, restlessly exploring new collaborations and combinations. Both also landed at various times on the Blue Note roster, prolonging the iconic label’s reputation for envelope-pushing well after many of its contemporaries had folded.

Philly saxophonist Bobby Zankel and his Warriors of the Wonderful Sound ensemble will reprise their midweek series at the Painted Bride on November 10 with a show featuring another jazz scion. Saxophonist Rene McLean will join the intrepid big band to pay homage to his revered father, late altoist Jackie McLean. The elder McLean came of age under the mentorship of bebop founding fathers like Thelonious Monk and Charlie Parker and recorded with the likes of Charles Mingus and Art Blakey’s Jazz Messengers before striking out for his own storied career as a leader, one of the few that embraced the bop and free jazz generations with equal fervor. Zankel’s own music, which fuses the spiky melodicism of bop with the expansiveness of the avant-garde, should prove an ideal fit for McLean’s music.

One last artist with jazz in his bloodline is the guitarist and singer John Pizzarelli, who will play Chris’ on November 18 and 19. His father, Bucky Pizzarelli, played with giants like Les Paul and Benny Goodman while quietly making his living playing for studio sessions and TV soundtracks, including a long stint in the Carson-era Tonight Show band. Bucky is still swinging at 90, while his son has found a way to forge his dad’s day and night gigs in his own throwback-hipster sound. Last seen at the Merriam with pianist Ramsey Lewis, Pizzarelli has lately turned his attention to marrying classic rock songs with jazz and an insouciant, finger-snapping attitude.

Not everyone coming to town this month was born into the jazz life, though pianist Omar Sosa fits the Thanksgiving theme (albeit loosely) by virtue of the cross-cultural nature of his JOG trio, which will play South on the 13th. However inaccurate our childhood crayon drawings of Pilgrims and Native Americans sitting down to a bucolic feast of Stove Top and cranberry sauce turned out to be, the idea of bringing together people of different origins has persisted in the holiday’s mythology, and JOG certainly does that. The Cuban-born keyboardist is joined by German trumpet player Joo Kraus and Puerto Rican percussionist Manolo Badrena of Weather Report fame in the group, which not only bleeds together their respective backgrounds but further mutates their voices with ample effects applied to both Sosa’s and Kraus’ instruments, creating a nervy electronic sound that seems to come from somewhere else entirely.