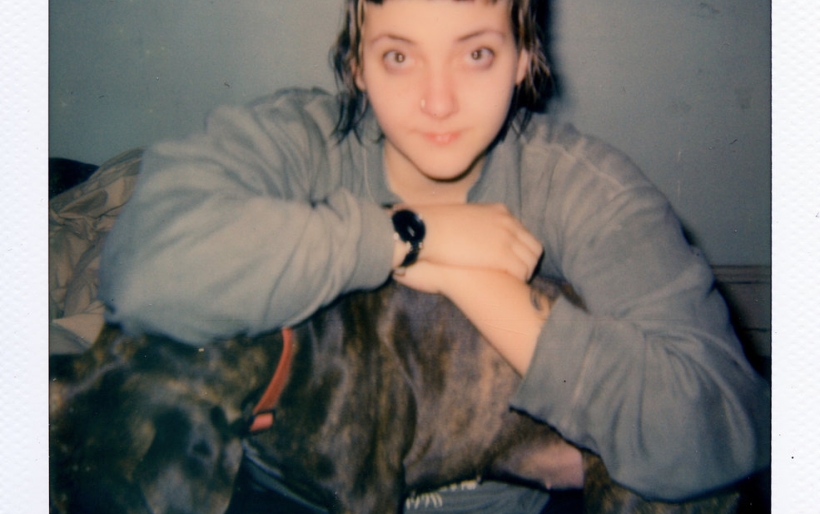 Philadelphia’s Shannen Moser has been making a name for herself playing breathtaking sets in local basements over the past few years, but her latest project seems poised to bring her above ground.

The new Oh, My Heart LP is available on Bandcamp as of today, and it finds Moser expanding the scope of both her songs and her sound. It moves beyond the sketchbook vibe of 2015’s you shouldn’t be doing that, where drum loops, lo-fi tones and minute-long songs positively recalled K Records fave Mirah. That record got our attention, but felt very introverted and incomplete at the same time, quietly screaming for more.

Oh, My Heart is indeed the “more” that seemed to be waiting, delivering on the promise of Moser’s talent while maintaining the sincerity of her early work. Recorded with multiinstrumentalist Eric Muth in Enscoe’s Barn in Earlville, New York, and The Knife Lair in Philadelphia, the album blends warm acoustic tones with touches of cello by Julia Peters, keys by Joe Evers and bass by Wyatt Oberholzer.

Muth’s soaring trumpet lines on “Alex (282)” bring to mind the spacious arrangements of Foxing and Beirut, as Moser lyrically cries for an escape from emotional numbness: “make a believer of me.” This is followed by a reflection on personal growth in “Watershed,” where delicate uke tones and melodica echo the homespun orchestral vibe of Regina Spektor’s 11:11 or Sufjan Stevens’ Michigan. We also hear this on “Yard,” whereas the dreamlike slide guitar on “A Funeral, A Friend, My Sanity” and folky strums of “October” recall Rilo Kiley’s The Execution of All Things and Hop Along’s Freshman Year.

Which is to say this record reminds me of a lot of really really damn good records. But in it makes a step toward joining their ranks as well; Oh, My Heart feels like an arrival for Moser, and it will be celebrated with a release gig next Tuesday, January 17th at Kung Fu Necktie. Get tickets and more information on the show at the XPN Concert Calendar, and stream the album below.