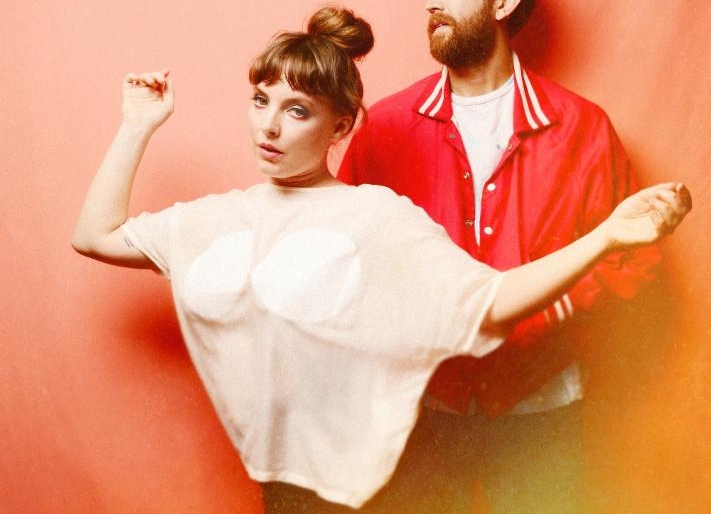 Sylvan Esso | photo by Shervin Lainez | courtesy of the artist

Electronic indie rock duo Sylvan Esso are biding their time as they work on the follow-up full-length to their wonderful self-titled debut from 2014. But if the new songs they’re working on are this good, they can take as much time as they need.

The band today released a music video for “Kick Jump Twist,” the b-side to their “Radio” 12″ single, and it features the hypnotic dancing of Gary Reagan providing an extremely physical response to the 2016 election. Says director Mimi Cave:

We shot the video two days after the election, and we were all very much having our own processes with what had happened.  Everything was so fresh that the crew’s moods were generally a mix of deer-in-headlights, sadness and anger. At the same time, we couldn’t help but feel a visceral excitement and connection to seeing Gary dance his heart out all day.  It was like he was channeling all our chaotic energy into every take.

Though there are no details on the full length (beyond Wikipedia postulating a “T.B.A. – 2017” release), the band is going on a short run of European and festival gigs this summer. Check out the dates below after you check out the video.