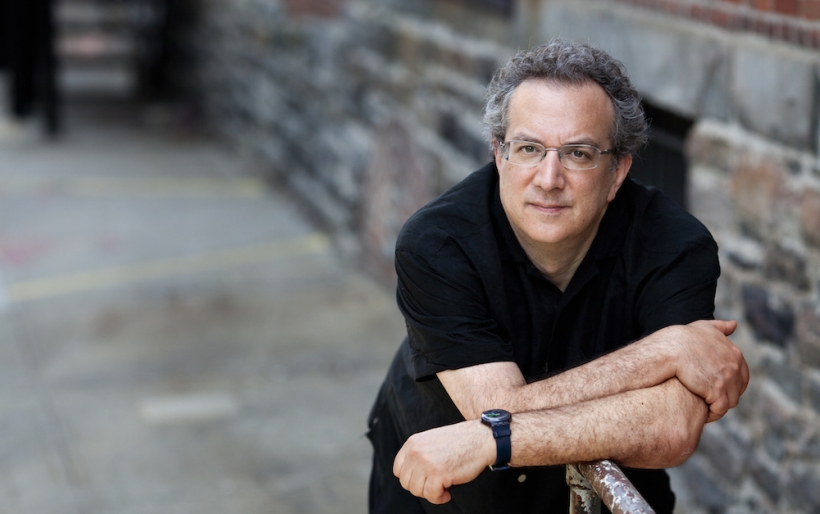 I know, I know – you’d like to click one link, read one piece about something, anything, that doesn’t mention Donald Trump. I understand completely. So I’ll make it short, because let’s face it, less than two weeks into his presidency and after an exhausting –what, eighteen months, two years? Eternity? – his administration has been the lens through which everything has to be viewed right now. As I write this, it’s been 24 hours since a crowd of 5,000 gave the President and his party a proper Philadelphia welcome, pressed up against the on-the-nose symbolism of garbage truck barriers blocking out the masses. Given Trump’s mantra of a return to lost greatness and the mood of fear/hope for to be found in that crowd and in the general response lately, thoughts of revisiting the past and reimagining the future are inevitable, and jazz is an ideal medium for that. Outside of that political context, plenty of shows this month that look simultaneously backwards and forwards.

Philly native Uri Caine has long done just that. Throughout a wide-ranging career that started out with bebop gigs with Bootsie Barnes in local clubs and grew to embrace every style of jazz from straightahead to the far edges of the avant-garde, the pianist is still best known for his inventive and eclectic transformations of classical repertoire. As part of his residency at Swarthmore College, on February 4th Caine will perform his genre-leaping interpretations of music by Mozart and Mahler, and invite equally all-embracing vocalist Theo Bleckmann to join him for songs by either Schubert or Schumann. More information here.

Danish-American violinist Mads Tolling has taken a more traditional approach to melding classical and jazz, performing material by Coltrane, Dave Brubeck and Dizzy Gillespie in the form of chamber pieces. He’s also been a member of bassist Stanley Clarke’s band and also plays his own version of soul-jazz with his group The Mads Men. Appropriately, the ensemble looks back to the music of the era depicted in their near-namesake AMC series, covering everything from “Georgia on My Mind” and “A Taste of Honey” to the themes to “The Pink Panther” and “The Flintstones.” They’ll bring that rollicking repertoire to the Sellersville Theater on Monday, February 6th. More information here.

For the husband-and-wife duo of Marcus and Jean Baylor, The Journey represents a new chapter in a long musical and personal history. The album marks the debut of The Baylor Project, the first time they’ve co-led a project after 15 years together and notable careers on their own. The couple are just-over-the-bridge Jerseyites, Jean a Moorestown native and Marcus originally hailing from the now-infamous Ferguson, MO. The latter is a drummer, a longtime member of fusion superstars the Yellowjackets, and has worked with Christian McBride, Cassandra Wilson, Kenny Garrett and others. Jean is a vocalist who had an R&B hit in 1993 with “Hey Mr. DJ” by her duo Zhané, and later moved into jazz, collaborating with some of the same artists. The Baylor Project finds them tracing their shared roots back to the church, through the blues, soul and jazz influences that have shaped their sound. They celebrate the album’s release February 9th to the 11th at South. More information here.

Since saxophonist Miguel Zenón won the MacArthur “Genius” Fellowship in 2008, he’s been delving into the folkloric music of his native Puerto Rico with a variety of ensembles combining jazz and traditional musicians. That’s one form of looking back that’s indelibly shaped his music, but his new album, Tipico, is both a move forward and a return to form. For the first time in a number of years he’s refocusing on his long-standing core quartet, with pianist Luis Perdomo, bassist Hans Glawischnig, and drummer Henry Cole. He’ll bring that band to the Annenberg Center on February 11th, playing new music that weaves together the influences and explorations he’s investigated over the last decade. More information here.

Acclaimed saxophonist Chris Potter is also stripping back to basics. His most recent recordings have focused on the electric in sound and the epic in both theme (the Odyssey-inspired The Sirens) and in scale (the large ensemble record Imaginary Cities). His most recent appearances in town have been as a sideman with guitarist Pat Metheny’s Unity Group. This month we’ll finally have the opportunity to see him in a small-group acoustic setting again as he leads a trio with bassist Matt Brewer and drummer Eric Harland at Chris’ Jazz Café on February 17th and 18th. More information here.

Chicago’s Association for the Advancement of Creative Musicians (AACM) – currently the subject of the stunning exhibition “The Freedom Principle” at the ICA – embodies this sentiment, with their slogan “Ancient to the Future.” Percussionist and longtime AACM member Kahil El’Zabar has taken that sentiment to heart for more than 40 years with his trio, the Ethnic Heritage Ensemble, which currently features trumpeter Corey Wilkes and baritone saxophonist Alex Harding. The group returns to Philly on February 24th at FringeArts to celebrate a less monumental occasion, the 20th anniversary of the film Love Jones, in which El’Zabar makes an appearance. More information here. For a less reverent look at past and future, Ars Nova Workshop also has bassist Moppa Elliott’s always unpredictable Mostly Other People Do the Killing on February 18th at the Art Alliance, supplementing their ranks with Philadelphians Dan Blacksberg, Nick Millevoi, Daniel Levine and Brian Woestehoff to play new compositions that look back at early jazz from the ‘20s and ‘30s. More information here.