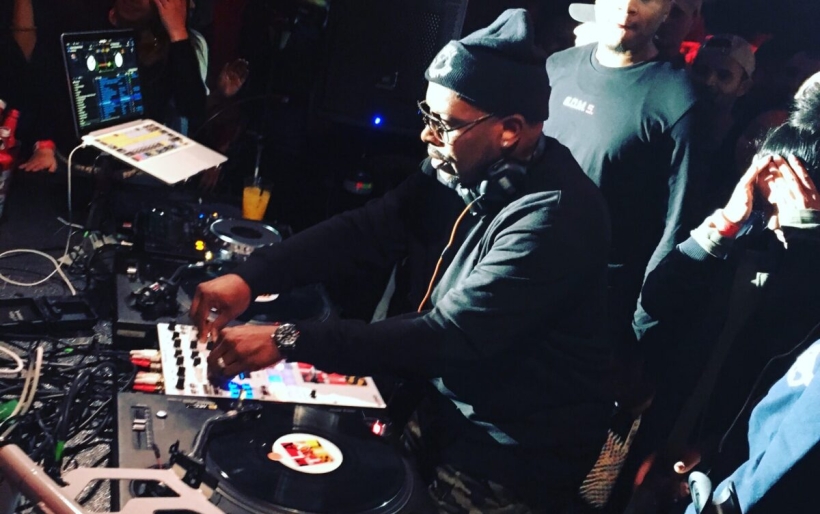 DJ Jazzy Jeff challenged a world-class team of artists to create Chasing Goosebumps in a week, and they delivered

For the past few years, Philadelphia music ambassador DJ Jazzy Jeff has hosted a gathering at his Wilmington-area home called the PLAYlist Retreat. Utilizing his influence as a respected, world-class DJ, Jeff calls together an all-star cadre of some of the world’s finest musicians, producers, DJs and songwriters for a weekend of music making and sharing knowledge. For this year’s edition of the Retreat, Jeff presented the team with a heavy task; to compose, produce, mix, master and release a full-length album in seven days. If that weren’t interesting enough, there’s a twist; a crew would film the entire process and broadcast it live via social media, allowing fans an insider’s “fly-on-the-wall” look into the creative process.

Loose jam sessions evolved into fully realized songs, recording and mixing sessions, downtime conversations about music and life, and viewers were there every step of the way. By the time the album was completed, an entire community of music lovers had blossomed around the project. With a cast of players that includes singer-songwriter Glenn Lewis, The Roots’ James Poyser, DJ Rich Medina, rapper Dayne Jordan, hip-hop / soul wunderkind Stro Elliot and more, the music on Chasing Goosebumps is soulful, evocative and timely. It hits at both the new ways in which contemporary music can be made while reflecting the message of self-determination, love and community, that we need.

Sitting comfortably in that sweet nexus between hip-hop and soul music, Chasing Goosebumps’ strongest suit is its colorfully diverse production and arrangements. At times, the songs reference UK brokenbeat or Afro-Brazilian jazz, and are often accented with spaced-out synths, rubbery basslines and gorgeous brass. Aesthetically, the twin spectres of J. Dilla and Stevie Wonder (especially in Lewis’ vocals, which are heavily featured throughout) hang over most of the project. there are a few moments where the PLAYlist crew transcends these influences, allowing the sounds to coalesce into something distinct and original.

Opening with Rich Medina’s menacing, politically-charged spoken word piece “Distraction,” the record immediately changes gears to the breezy, optimistic anthem “Faceless” which is gorgeous musically, if a bit cliche’ lyrically. Fitting for an album made by an all-star team, Chasing Goosebumps is full of gems that are well written, superbly produced and expertly arranged. The funky, brass-heavy anthem “Stone Cold” effortlessly distills the last four decades of black music into a digestible dancefloor jam while “Take My Time” marries a Gamble & Huff / Philadelphia International groove with Bacharach style horns.

Chasing Goosebumps is the end result of gathering a group of skilled creatives who bring their imaginative powers together as a whole. The open, collaborative spirit of the music is reflective of the way in which the album was made. By pulling back the curtain and streaming the process behind the music, a virtual community of music lovers has come to know the songs and the PLAYlist cast behind them, forging a deeper investment in the project itself.

It is not hard to see that this kind of accessible, interactive music experience could be the wave of the future.