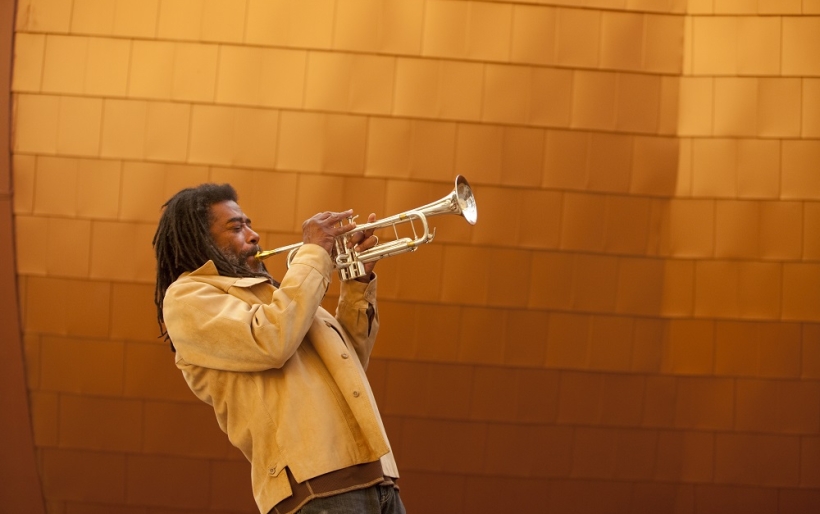 The rug-pulling near-win that La La Land suffered at last weekend’s Oscars means that a good bit of the controversy facing Damien Chazelle’s musical will die down since it now won’t be burdened with defeating the far more cinematically deserving and politically relevant Moonlight. Within the jazz community, though, the film continues to stoke an argument that has been ongoing for much of the music’s history. The debate between paying homage to tradition and forging new paths burns with the unquenchable inevitability of Centralia’s eternal flames, while Ryan Gosling’s song-and-dance jazz purity simply offers a new frame for the tug-of-war.

Not that those two approaches are mutually exclusive, of course, which renders the whole battle largely moot despite its persistence. Take this month’s Philly jazz calendar, which is full of tributes and hat-tips while also rich with boundary-stretching reinventions.

Ars Nova Workshop in particular has a loaded schedule of shows that glance back while lunging ahead. Saxophonist Donny McCaslin is at Johnny Brenda’s on Tuesday, March 7 with a slightly altered version of his Blackstar Quartet, the group that has the distinction of being known as David Bowie’s last band. McCaslin’s new album, Beyond Now, combines the inventive electro-acoustic jazz that caught Bowie’s ear in the first place with a few transformative renditions of classic Bowie-Eno collaborations. Later in the month trumpet legend Wadada Leo Smith and his longtime collaborator, drummer Pheeroan akLaff, will honor another Smith duo partner, legendary Ornette Coleman drummer Ed Blackwell, with a performance of Smith’s “Blue Mountain’s Sun Drummer” suite to help close out the ICA’s “Freedom Principle” exhibit on the AACM (Association for the Advancement of Creative Musicians) on the afternoon of March 18. Bassist Stephan Crump, meanwhile, memorializes his late brother with the music for his compelling new quartet Rhombal, at the Art Alliance that night.

Guitarist Pat Metheny comes in for quite a bit of attention this month. First up is a knockout all-star band of modern guitar greats playing Metheny’s compositions as Joel Harrison takes his annual Alternative Guitar Summit on the road from NYC to the Boot & Saddle on March 9. The dream line-up includes Wilco’s Nels Cline, Liberty Ellman, Camila Meza, Mike Moreno, Nir Felder and Harrison himself. On the 30th, the Philadelphia Orchestra will premiere principal percussionist Christopher Deviney’s orchestration of three Metheny pieces into a new percussion concerto for vibes and marimba.

Shirley Scott was once a staple at the famous and much-lamented Ortlieb’s jam sessions, mentoring a generation of Philly jazz musicians from the former NoLibs brewery’s stage. Among those who credit her with helping to forge their voices are saxophonist Tim Warfield and Terell Stafford, who will continue their long-running partnership and celebrate the late organist’s birthday at South on the 15th with organist Pat Bianchi and another Ortlieb’s regular, drummer Byron Landham. The next night, bassist Gerald Veasley will lead his Electric Mingus Project in the same room, playing soulful variations of the iconic bassist’s tunes.

Chris’ Jazz Café’s March schedule is less explicitly highlighted by tributes as such, though saxophonist Ravi Coltrane, who plays this weekend with his quartet, obviously carries on his father’s legacy, while pianist Bill Charlap returns with his eminently tasteful trio and his encyclopedic knowledge of the Great American Songbook, an estimable tradition of its own. Then Philly favorite son Kurt Rosenwinkel makes a rare midweek appearance to present his new Caipi project on the 21st. The upcoming album offers both a new chapter for the guitarist’s career and a rethinking of Brazilian influences, a modern jazz/Tropicália fusion that features Rosenwinkel’s vocals and a guest appearance by no less a guitar god than Eric Clapton.