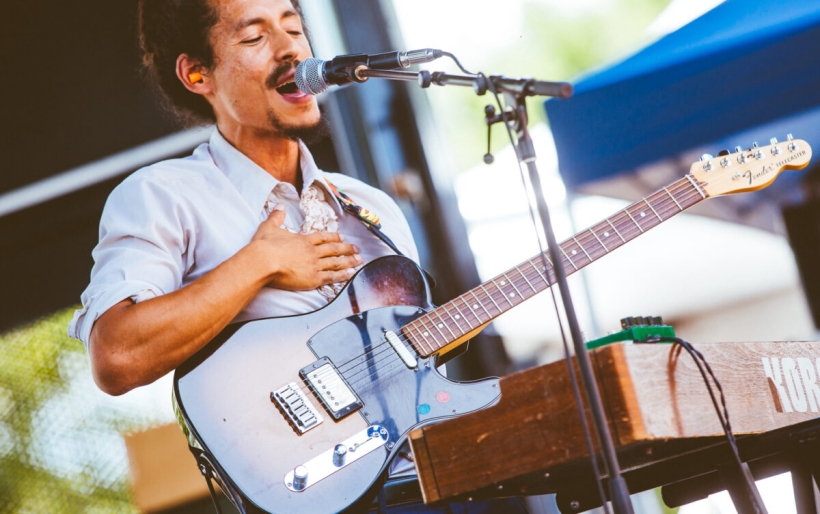 Chicano Batman recently packed their eclectic ensemble into NPR’s office for a Tiny Desk concert full of suave, smooth and spirited grooves. As per usual of the Californian four-piece, the dapper band was dressed to the nines as they performed three songs, including “Freedom Is Free,” “Friendship (Is A Small Boat In A Storm,)” and “Jealousy.”

The charismatic nature of Chicano Batman’s performances elevate the already infectious tunes, recalling the easy breeziness of summer times. If the quartet can manage to conjure up these feelings when trapped in an office, just imagine the vibes they’ll give off when they return to this year’s XPoNential Music Festival in July.

And because we can’t get enough of these charming musical gentlemen, Chicano Batman will also be performing before the festival at the 2017 NON-COMMvention. Check out the Tiny Desk concert below and then listen to the rest of their recent album, Freedom is Free.